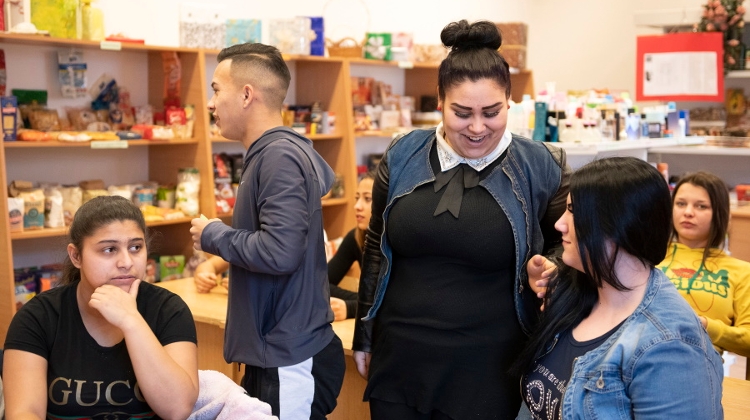 A left-wing commentator accuses the Prime Minister of cynicism after he offered exemption from income tax to young Hungarians.

A conservative pundit, on the other hand, thinks that the tax exemption will benefit both the Hungarian economy as a whole, and the Roma minority.

Prime Minister Orbán announced that Hungarians under 25 will be exempted from paying income tax from 2022.

The Prime Minister said the tax exemption will be available for salaries below the average wage, and the annual cost of the tax cut will amount to 130-150 billion Forints (approximately 0.3 per cent of GDP).

In Népszava, Zsolt Papp thinks that Fidesz wants to buy the support of young voters with the move.

The left-wing commentator recalls that the governing party’s support is low among young voters.

Papp contends that the tax exemption for under-25s is just another cynical measure that has no social benefit at all.

He suspects that the tax exemption will send the message that young Hungarians should quit school as soon as possible, and the less qualified labor force which results will weaken the competitiveness of Hungary’s economy.

On Mandiner, conservative Roma activist István Forgács welcomes the Prime Minister’s announcement, and suggests that the tax exemption will benefit the Hungarian economy, and the Roma in particular.

Forgács believes that the move fits perfectly the government vision to offer work instead of social benefits for the underprivileged.

Forgács notes that the aging of the population and the shortage of labor will soon become a huge challenge for the Hungarian economy, and therefore he finds it reasonable on the part of the government to offer a tax benefit to the young generation in which the Roma are overrepresented.