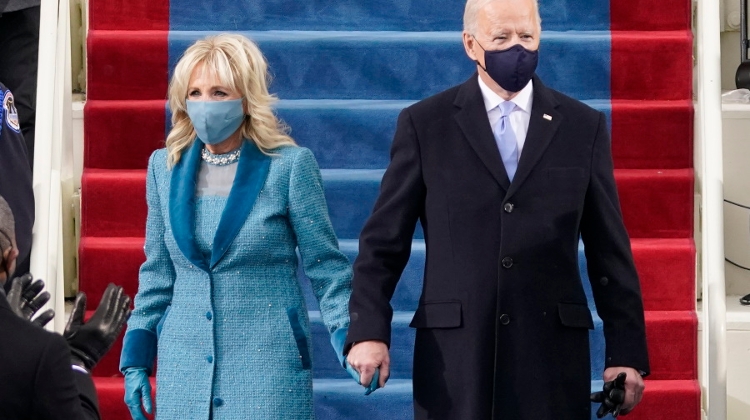 Hungary’s opposition parties have welcomed the start of Joe Biden’s presidency of the United States, calling it an “end to populism” and highlighting their common values with the incoming US administration.

The opposition Democratic Coalition greeted Biden in a statement on the occasion of his inauguration saying that his presidency “marks a victory of temperance, gravity, readiness for dialogue and compromise, democratic institutions and respect for tradition over nationalist populism and violent government” in the US.

Socialist Party co-leader Ágnes Kunhalmi said in a statement that Biden’s taking over at the helm gave rise to hopes that “democracy is again able to defy authoritarian, populist political trends open to the far right”. She warned, however, that the incoming leaders would have “no easy job” because “though [Donald] Trump has failed, Trumpism is still there”.

Márton Gyöngyösi, the MEP representing conservative opposition Jobbik in a statement highlighted “common values” as eclipsing the ideological differences between Biden and his party.

“We trust that the new president will be able to give the United States new momentum by surmounting the battles of the past several months and years.

We believe that, beyond the differences in our ideological views, there are values such as democratic institutions, the rule of law and fair politics that bind us,” he said.

Meanwhile, green LMP welcomed Biden’s pledge to return to the Paris climate accord. The party’s co-leaders said in a statement that Biden’s pledge was a testament that the US was prepared to take on an active role in the fight to tackle climate change and preserve biological diversity.

“And this tells LMP … that it is on the right path when it centres its vision on green ideas,” the statement said.