Romengo: ’Come With Me’ Online Concert @ Palace Of Arts, 13 January 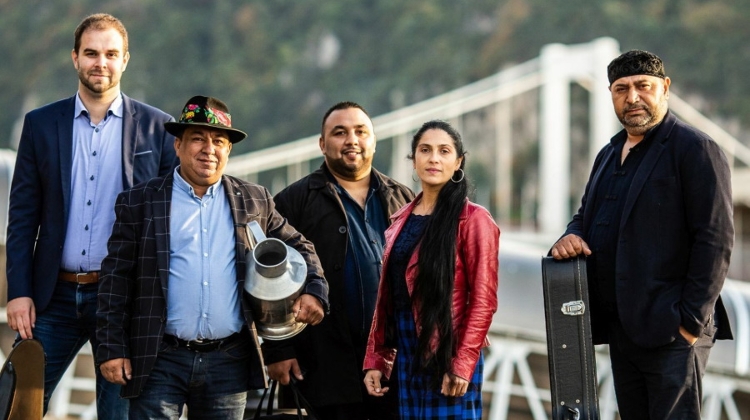 More from Mupa: Recognised as one of the of the leading international luminaries in world music when she received this year's WOMEX Lifetime Achievement Award, Monika Lakatos has performed most of her concerts in recent months with her solo projects Romanino and Gypsy Voices.

On this occasion, however, she will be performing alongside the band she has been singing with since 2004: the extraordinary Romengo.

For the sake of historical accuracy, we would comment that Monika was previously a member of the group Romano Drom, along with guitarist Mihály 'Mazsi' Rostás and milk can-player János 'Guszti' Lakatos, before they decided to start their own band.

More specifically, a band that would feed more strongly from Mazsi and Guszti's roots in the town of Nagyecsed, and in which Monika's heart-wrenching singing could finally take the spotlight.

Because no one sings like her - and this judgement is far from being simply a matter of taste: what opens up in her voice is a depth that inevitably makes the listener dizzy, in which the centuries-long grief and joy of the Gypsies seethe with unvarnished torment and rapture. Indeed, what Monika and Romengo generate is a celebration of profundity.

The founding trio were joined by violinist Mihály Kovács and tub-player Tibor Balogh - who are still part of the line-up. At the same time, their records also bear the imprints of legendary guests like wind player Mihály Dresch, double-bassist Csaba Novák and cimbalomist Miklós Lukács, with whom they renewed the Oláh Gypsy musical tradition while also making it accessible for an urban audience.

It is no coincidence that their very first album (2010's Kétháné) reached number five on the charts of European world music radio stations.

Back when the band still had its path of world conquest ahead of it! And now they'll be at Müpa Budapest... together with Mihály Dresch, Csaba Novák, Miklós Lukács, as well as Szilvia Bognár, Bea Palya and four dancers: so we can report that there's never been anything like this before!