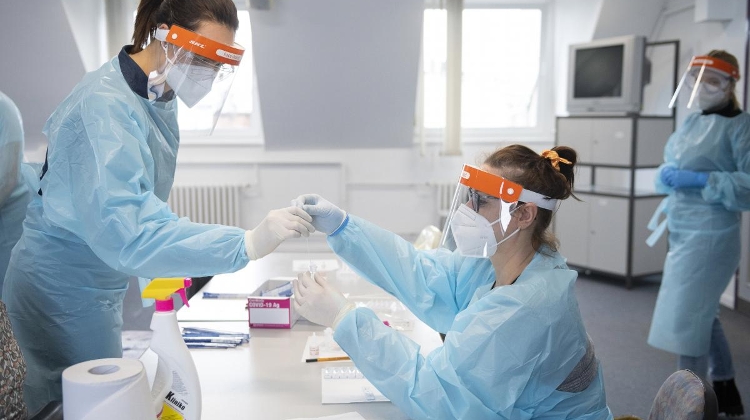 The mutation of the coronavirus that originates from the UK has not yet been identified in Hungary, the chief medical officer said.

Almost 21,000 health-care staff have been inoculated against the virus so far at 25 vaccination points, she said.

Cecília Müller told a press conference of the operative body responsible for handling the epidemic that the network of immunisation points will be expanded to more city hospitals, and GPs are planned to get involved in the campaign.

Following health-care employees, social workers and residents of care homes will get vaccinated with the help of mobile vaccination teams, she said.

Some 39,000 doses of vaccine arrived in Hungary on Tuesday and total supplies received so far are sufficient to inoculate 78,000 people, she added.

Further shipments of the vaccine are expected to arrive weekly starting next week, Müller said. She also said that that health authorities have so far received just five reports of side effects from the vaccine, mainly of muscle tremors and rashes, which are being looked into.

Müller said Hungary should extend its Covid-related restrictions beyond Jan. 11, adding at the same time, that the decision will be up to the government.

Europe is still grappling with the epidemic, she said, noting that cases have been surging in Hungary’s neighbouring countries.