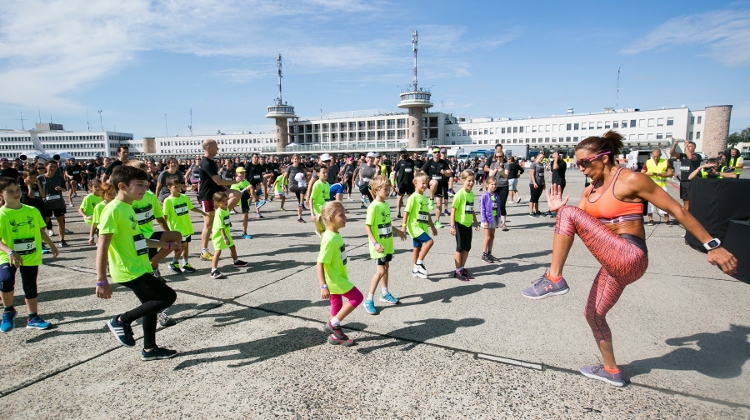 Airline news website anna.aero along with Budapest Airport have been shortlisted for the Organisational Fundraiser of the Year award at the Anthony Nolan Supporter Awards 2020, according to a press release.

The Anthony Nolan Supporter Awards are back for their eighth year and will recognize the achievements of the volunteers, fundraisers, clinical supporters and donors who help the pioneering blood cancer charity save lives.

The awards ceremony is usually held at the Tower of London, but with mass gatherings of this nature currently unable to take place there will be a digital celebration instead, where celebrities and invited supporters will announce the winners of each category in specially pre-recorded films.

Website anna.aero and Ferenc Liszt International Airport operator Budapest Airport have raised over GBP 93,000 for Anthony Nolan since 2013 by organizing their annual Runway Run event, a 10 km race on a runway of Budapest Airport that draws over 1,100 participants.

Their most recent run took place in September 2020 despite the pandemic, with organizers determined to overcome travel restrictions and safety limitations so that the event could go ahead. The race had 578 runners and it raised over GBP 8,000 for Anthony Nolan.

Anna.aero publisher Paul Hogan began the partnership with Budapest Airport in honor of his daughter Brontë, or Bron, who was diagnosed with leukemia when she was eight years old.

Anthony Nolan found her a matching stem cell donor, however, she sadly passed away in 2011 at just 12-years-old. Hogan is now committed to creating a lifesaving legacy in Bron’s name.

Commenting on the nomination, he said, “We and Budapest Airport are over-joyed to be nominated for Organisational Fundraiser of the Year.

We must also pay tribute to the airlines, airports, and aviation enterprises from all over the world who come together every September to compete, including Wizz Air the current title holders of the 'Fastest Airline in the World', a trophy which has been previously won teams from Aer Lingus and SWISS, together with fastest-individual runner entries from Qatar Airways, LOT Polish Airlines, Emirates, and American Airlines.

We pay full tribute to them, and the race’s steadfast corporate sponsor, Airbus."

“The race also has great meaning to me on a personal level – every finisher receives a ‘Bron’s medal’, struck in memory of my late daughter, Brontë, a leukemia sufferer who received a precious extension to her short life thanks to stem cell transplants organized by Anthony Nolan,” he added.

Henny Braund, chief executive of Anthony Nolan, said, “It is remarkable to see how many people support our work to find a match for those in need of a stem cell transplant.

Without them, none of our life-saving work would be possible. It’s those supporters who stand up in our greatest time of need and redouble their efforts, who deserve the most thanks and recognition.

Paul, along with everyone at anna.aero and Budapest Airport, have been committed to fundraising for Anthony Nolan for the past seven years and to ensure last year’s event went ahead despite the challenges of the pandemic, is absolutely extraordinary."

All winners will be revealed at 7 p.m. on Thursday 11th February at www.anthonynolan.org/awards.