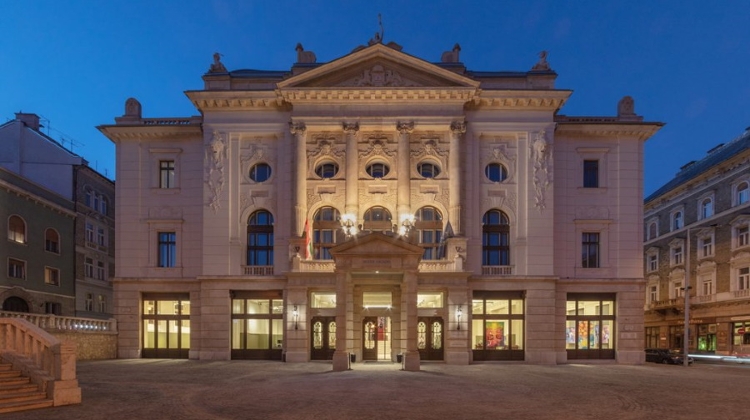 Compared to the initial plans, the year of double jubilee commenced on the Day of Hungarian Culture (22 January) in the Budai Vigadó on Corvin Square, the seat of the Hungarian Heritage House and the Hungarian State Folk Ensemble (celebrating 20 and 70 years respectively), with a slightly less spectacular event and (for the time being) without any guests.

The institute dedicated to preserving the folk traditions of the Carpathian Basin was founded in 2001.

Hosting live folk arts, its wide variety of activities - including lessons of folk dance, handicraft or folk arts and crafts, recording of folk material, dissemination of folk tales (storytelling) and folk arts among the next generations -, the institute aims to incorporate the heritage of our predecessors to the everyday life of the 21st century.

This year, a variety of significant events will be hosted at their headquarters on the Corvin Square and different cultural venues across Budapest, and furthermore, our festivities will also be held across Hungary and beyond its borders.

It is the hope of the organisers that there will be no obstacles to hosting a festival of international professional folk ensembles on Corvin Square in the summer.

Many events will be organised: a year-long celebratory series of theme days, revolving around significant dates of folk heritage, featuring meetings of generations across decades to discuss certain fields of folk art from different perspectives with the audience; in the fall, apart from the usual programs, even a professional conference dedicated to three major folk art branches (stage folk dance, preservation of heritage and recording of folk art) and a harvest festival will be hosted.

Their aim is not only to commemorate a significant jubilee, but to introduce new projects based on experiences from the past, promote interdisciplinary cooperation, and launch domestic and international initiatives.

Miklós Rábai, who would have turned 100 this year, was vested with the task of assembling the dance group of the Hungarian State Folk Ensemble in 1950.

The ensemble’s first appearance was on April 4, 1951, alongside the Moiseev ensemble. The first individual performance of the Hungarian State Folk Ensemble’s choir, music and dance groups was on May 14, 1951; in the Municipal Theatre (known today as the Erkel Theatre), they performed the Ecseri lakodalmas.

Due to the pandemic, it is yet unsure where and when the gala programme celebrating 70 years of existence will be held; by summer, organisers hope to introduce grandiose programmes of the Hungarian State Folk Ensemble across several venues.

Among others, the group is scheduled to perform at the Margaret Island’s Outdoor Stage, the Outdoor Games of Szeged, and in the fall, in Strasbourg and London.

Jubilee performances at the seat of the Hungarian State Folk Ensemble shall feature special guests from the dance and music scene; during the year, a photo album documenting the ensemble behind the scenes shall also be published, and an outdoor exhibition of documents and photographies, including a movie about the ensemble today, shall all be introduced.