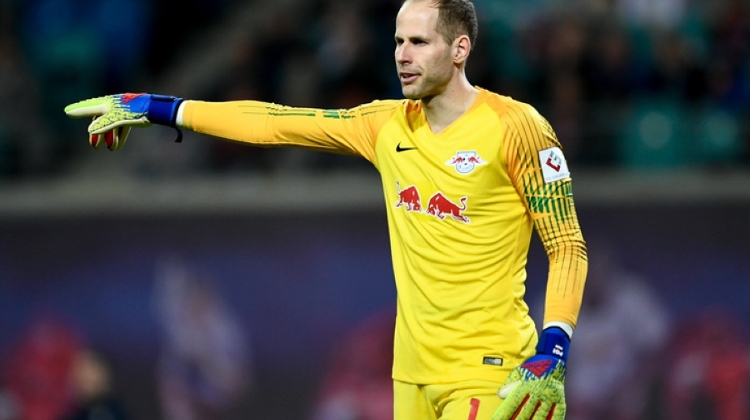 Pro-government authors criticise the goalkeeper of the national football team who publicly opposed the recent amendment to the Fundamental Law which defines the family as based on marriage and the parent-child relationship.

Péter Gulácsi, the goalkeeper of RB Leipzig (Germany) and of the Hungarian National football team expressed support for “rainbow families” on his Facebook page.

He and his wife pose with the sign of a three member family on their palms – the symbol adopted by a short-lived protest movement against the amendment to the constitution in December last year.

He put the slogan of that movement: “Family is family” in the title of his post and explained that people differ in many ways and should be tolerant and live together free of hatred. His post has provoked fierce controversy on Facebook among supporters and opponents of the constitutional amendment.

On Pesti Srácok, Tamás Pilhál assures Gulácsi of his high esteem as a great sportsman but warns him that his post is misplaced because gay, transsexual and genderfluid people are not persecuted at all in Hungary and are free to lead the lives they choose. An overwhelming majority of Hungarian society, however, doesn’t believe that they are ‘as useful for society as the normal families that provide for the preservation of the species’.

He also reminds Gulácsi of what he calls the result of unremitting LGBTQ propaganda, whereby a mere 70 per cent of young American adults consider themselves as being heterosexual. ‘Do you want that to be the case in Hungary as well?’ he asks.

On Vasárnap, Tamás Horváth also concedes that Gulácsi is an outstanding footballer and admits that ‘by spreading socially destructive ideas’, he won’t become a second-rate goalkeeper nor will that stain his bright record. However, he warns, by committing himself over such a highly controversial issue he might jeopardize his status as a role model.