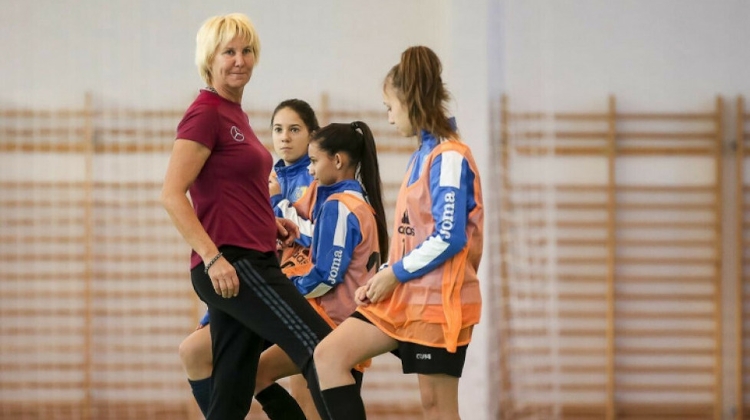 Margret Kratz, the former coach of Dzsenifer Marozsán and Nadine Kessler and an eminent figure in German youth development and coaching education, has been chosen by the Hungarian Football Federation’s executive committee to be their new coach of the women’s national team, thus becoming the first foreigner to fill the role.

A midfielder in the women’s Bundesliga whose career high point was being capped by the German national team, Kratz later performed a significant role in German’s youth development system, specifically the selection and development of female players. She became the second woman after Tina Theune to earn her coaching licence and became the first female in the German coaching system to educate male coaches on B Licence courses.

Kratz has also helped nurture the careers of numerous well-known footballers who have gone on to star in the women’s Bundesliga, play for Germany at international level or become champions of Europe, for example, Kessler, who became world and European Women’s Footballer of the Year for the year of 2014 and is now head of the women’s game at UEFA, Josephine Henning who won the Olympic Games and Women’s Champions League, and Dzsenifer Marozsán, who has won the Women’s Champions League several times.

"I want every member of the team and staff to learn, internalise and be convinced of the same philosophy. In every game situation – even under pressure – the players need to know how the defensive and attacking tactics can be implemented together.

This philosophy will also depend on the performance of the players. I've worked for the same association in Germany for over 30 years and have developed a lot of things during that time. It was a lot of fun and I don't regret a minute. However, it's time to do something else again. I'm 59 years old now, but I'm still very motivated to do new things and start a new chapter in my life.

This new task will be a great challenge for me. I enjoy working with the players, the staff and the board, meeting new people in a new country and experiencing many new things. I know Hungary has a lot of talent that needs to be developed now. I would like to thank the Hungarian Football Federation for their trust and I am very much looking forward to the new challenge", Margret Kratz commented.

Margret Kratz has already participated in the development of women’s football in Hungary in recent years.

As part of UEFA and MLSZ’s joint U14 development programme, Kratz travelled to Hungary several times as a representative of European football’s governing body, her expert knowledge helping in the fields of player selection processes and coaching education, so in addition to her international experience, she is already familiar with Hungarian women’s football.

The new national-team head coach will hold her first national-team training camp in April, assuming events related to the virus pandemic do not preclude such plans.