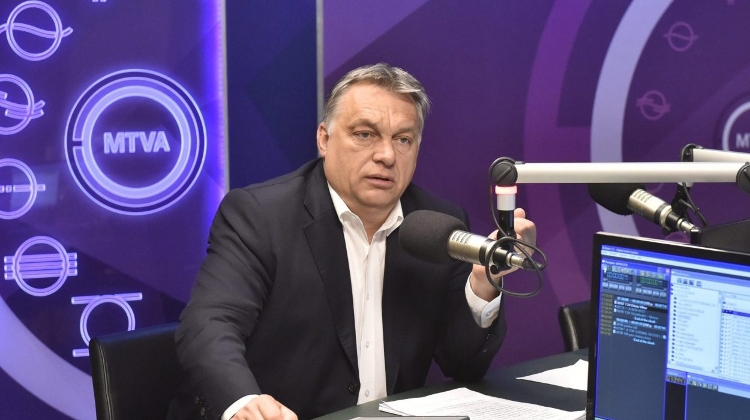 The coming week is expected to be the hardest week of the pandemic in Hungary yet, Prime Minister Viktor Orbán said in an interview to public broadcaster Kossuth Rádió over the weekend.

The third wave will be stronger than the previous two, and the next period will be marked by monitoring case numbers and whether hospitals have enough equipment and staff to weather the storm as well as keeping an eye on vaccine procurement and the number of people registering to get vaccinated, Orbán said.

“The night is always darkest before the dawn,” he said. Orbán said he will hold a video conference with “all hospital directors” on preparations to meet the onslaught.

On the topic of Hungary asking for help from abroad, Orbán said: “We seem to be doing fine, and likely to help out others ourselves.” In proportion to its population, Hungary has the most ventilators in Europe, “and possibly the most hospital beds too”, he said.

He noted a government decree published on Saturday under which senior medical students can be deployed to serve in hospitals during the emergency. He said the government had a plan in place on transferring doctors and nurses from certain regions to other, worse-hit places if necessary.

Although left-wing parties keep slamming Hungarian health care, “our doctors are strong and committed, and the nurses are doing their utmost. I think we will pull through,” Orbán said.

Meanwhile, the number of those registered for inoculation has reached 3 million, with those over 60 registering in large numbers, the prime minister said. Since that age group is particularly vulnerable, they will be brought to the top of the list even if they registered late, he added.

Orbán rejected as “sly lies” reports that Hungary’s inoculation campaign was one of the least effective among European countries. The vaccines in storage will be administered within the next days or are warehoused to serve as the second vaccine for people who have already received the first, he said.

The number of days elapsing between the two vaccines is “the subject of professional discussion” and depends on the vaccine in question, he said. The matter will be decided on the basis of the consensus of international experts, he said.

On the pricing of vaccines, Orbán said Hungary “would have paid more if necessary, because it was a matter of preserving lives.” The political left’s tendency to politicise the inoculation campaign at a time when people’s lives are at risk is a “morally unacceptable low point,” he said.