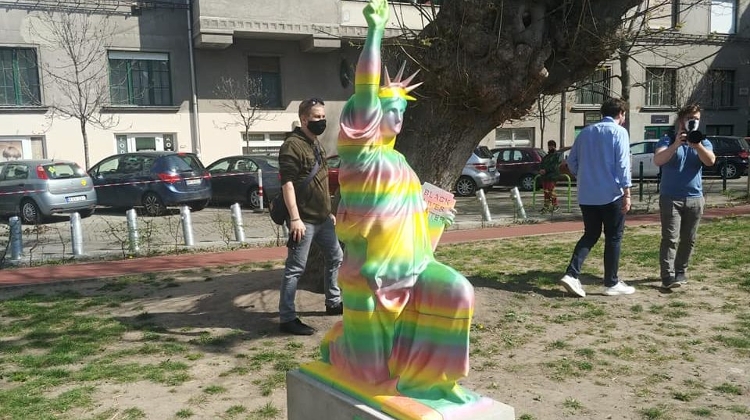 An artwork paying tribute to the Black Lives Matter Movement was torn down on Friday, one day after it was erected in the Ninth District.

Hostile far-right elements erected a plywood box around the statue, then later poured white paint on it, and finally, on Friday morning destroyed it as police officers looked on, website 24 reports.

District mayor Krisztina Baranyi said “I was disappointed, but of course we will exhibit the statue again”.

On a lighter note, she said “it’s kind of funny” that an art piece, a contemporary work selected by a professional jury, is seen as the enemy of white, heterosexual, Christian Hungarians; that such a small statue represents an attack.

Szalay said he had expected that the sculpture would stir strong feelings, and he had not even been sure that the statue would stand for a single day.

“The story after its erection is also part of the meaning of the work”, he remarked. “From an artistic point of view, I liked it barricaded; the box around it could have had a few peepholes to look through”.

Szalay also said that the broken statue could end up in the private collection of an art collector in Szombathely.