Historic Vote In Hungary On "Outsourcing” Of HUF 1,000 Billion In Public Assets 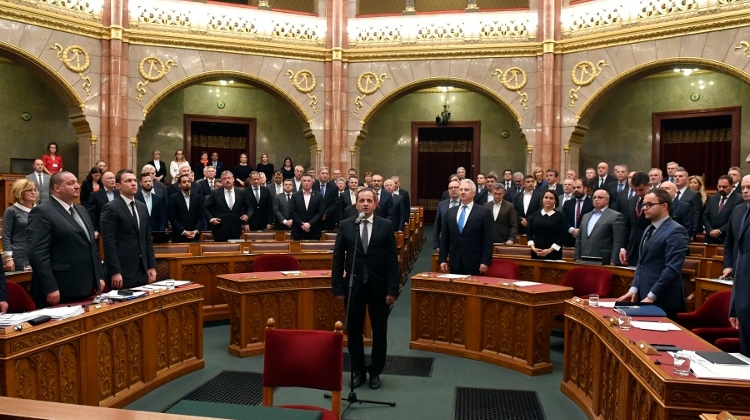 The opposition LMP party has branded Tuesday — the day the government is asking lawmakers to approve a bill seeking to transfer various state assets to private foundations — as a “dark day” in post-1989/90 Hungarian politics.

László Lóránt Keresztes, LMP’s group leader, noted MPs are scheduled to vote to “outsource” about 1,000 billion forints (EUR 2.75bn) in public assets and to bring “almost all” of Hungarian higher education under political control via foundations that, he said the ruling Fidesz party planned to control.

The LMP politician also slammed a move to import “a Chinese Communist Party university” to Hungary, putting Hungary even further into China’s debt.

Some of Europe’s best universities are state-maintained, Keresztes said, adding that placing Hungarian institutions under private foundations would harm their autonomy.

Hungary’s opposition parties, he said, agreed on restoring universities and outsourced public property restored to the state should they win the 2022 general election.

Opposition pledges to put universities under state control in 2022

The opposition parties have pledged that once in power after the 2022 elections, they would put Hungary’s universities under state control again. Párbeszéd, Jobbik, the Socialists, the Democratic Coalition (DK), LMP and Momentum unanimously declared that the “stolen assets” would be returned to the nation. Earlier today, parliament approved the transfer of several universities from the state to private foundations.

Sándor Burány, deputy group leader of Párbeszéd, said that ruling Fidesz “seems to be fearing failure” in next year’s elections and tries to gain control over as much public assets as possible.

Jobbik deputy leader György Szilágyi accused pro-government lawmakers of squandering public assets. He warned the board members of the foundations in question to take due care of the properties put under their control as “those causing damage to the nation and stealing our money” would be prosecuted after 2022.

Socialist lawmaker László Szakács said that while the country is focussing on fighting the pandemic, Viktor Orbán’s government transfers about one thousand billion forints worth of public assets to foundations led by “Fidesz soldiers”.

He noted that the foundations’ board members could not be replaced or recalled.

DK deputy group leader Gergely Arató said universities would be privatised with a view to giving the private foundations access to the huge EU funds earmarked for developing higher education, and then enabling them to “distribute the money among cronies”.

LMP group leader László Lóránt Keresztes said the law would put the universities’ assets under political control. He noted that Europe’s best universities are generally controlled by the state. He added that the opposition parties, once in power, would restore the autonomy of universities.

Momentum board member Miklós Hajnal said “Orbán is preparing for a defeat but he is a bad loser because he would like to finance his defeat from taxpayer money.”

He accused the prime minister of seeking to build “an alternative state” and retain control over higher education, “landed property, castles and stocks”, he said.