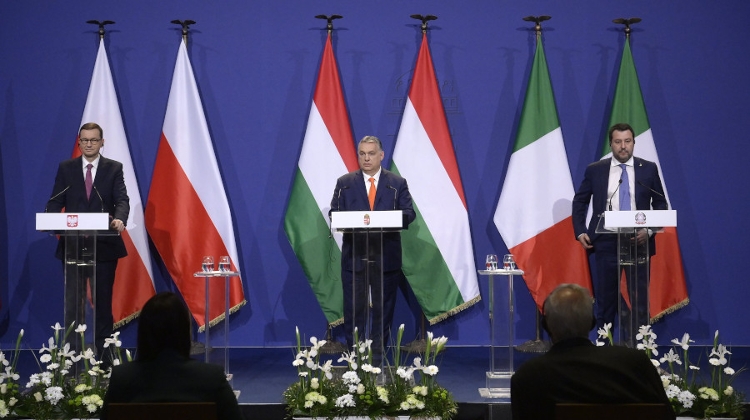 Commentators ponder the chances of the three leaders to unite most European parties to the right of the European People’s Party after their meeting in Budapest on 1st April where they agreed to meet regularly and discuss topical issues.

On Hírklikk, veteran left-liberal journalist András Bánó writes that many observers were disappointed by last Thursday’s meeting because they had expected the three leaders to announce the birth of a new European Conservative party or at least a new group within the European Parliament.

He also criticises the Hungarian side for limiting the closing press conference to statements by the three participants, without allowing them to take questions.

On ATV, Tamás Lattmann, an expert on international law, believes Fidesz will be the main beneficiary of the new tripartite cooperation because the other two are members of parliamentary groups and thus have allies as well as positions within the European Parliament.

However, at present, such a union seems unlikely because of diverging interests, including contradictory attitudes towards Russia.

On Pesti Srácok, pro-government political analyst Dániel Deák interprets last Thursday’s meeting in Budapest as a first step to organise a new right-wing alliance in Europe. When Fidesz left the People’s Party in March, he writes, it was immediately clear that Prime Minister Orbán would seek an alliance with Matteo Salvini and Mateusz Morawiecki. But for the moment they are only seeking closer cooperation rather than setting up a new party family.