Hungary To Ease Restrictions Before “Almost Any Other Country In Europe", Says Foreign Minister 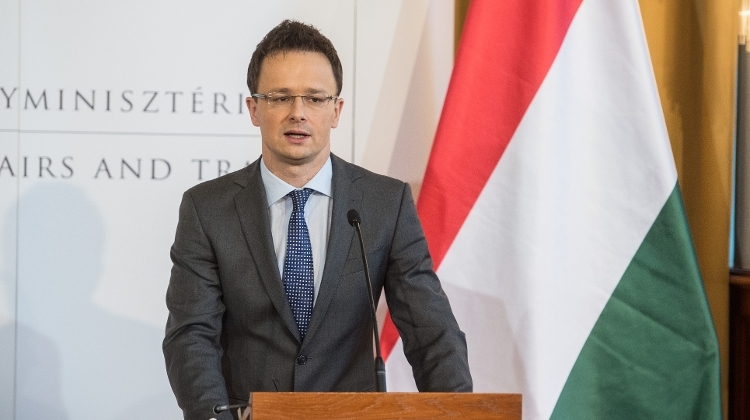 A shipment of 140,000 doses of the Sputnik vaccine will arrive in Budapest on Tuesday, Foreign Minister Péter Szijjártó said after talks with Yevgeny Stanislavov, Russia’s incoming ambassador to Hungary.

The minister said the number of inoculated Hungarians would reach 3 million “in a few hours”, adding that this would help Hungary to ease restrictions before “almost any other country in Europe”.

Szijjártó said a continuous supply of vaccines was crucial, adding that Tuesday’s shipment would be used as a second shot for people who had already received their first Sputnik jab.

Some 250,000 doses of Pfizer-BioNTech’s vaccine will be delivered to Hungary on Tuesday, along with 28,000 doses of the single-dose Janssen Pharmaceutica vaccine, the chief medical officer said.

Cecília Müller told the press conference of the operative board handling the epidemic that the latter Johnson & Johnson jab will be mostly used at vaccination buses operated by the Armed Forces.

Müller said the third wave of the pandemic seemed to have plateaued, albeit at a high level. New case numbers have stagnated for over the past few days, she said.

The amount of the virus in waste water is also stagnating overall, she said.

The amount of the virus contained in waste water, an indicator of new cases in the coming days, increased in the cities of Eger, Salgótarján, Szombathely, Veszprém and Pécs, while the amount detected fell in Békéscsaba, Debrecen, Győr, Székesfehérvár, Zalaegerszeg and Kecskemét.

Hungary To ‘Reopen’ When 3 Million Inoculated