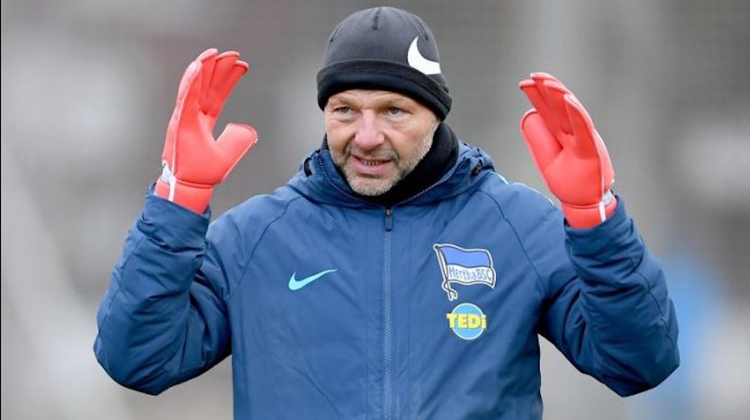 In my early internet career only two political discussion groups dealt with Hungary. One was in Hungarian and the other in English. Both were organized and maintained by a couple of Hungarian Ph.D. candidates who were studying in the United States at that time.

These right-wing extremists were naturally horrified by the liberalism of the few who still stuck around for a while, but what distressed them most was that these liberals also voiced their treasonous opinions on the English-language site. It was bad enough that they maligned “national values” in Hungarian, but that their unpatriotic views could be read in English irritated them to no end. They foolishly believed that Hungarian was a “unique language” that no foreigners could possibly know.

Every time the foreign press reports on an embarrassing Hungarian story that took place only a couple of hours earlier, I have to recall our naïve right-wingers in the discussion group. Even today, when the editors of Magyar Nemzet know full well that in our fast-moving internet world news travels with lightning speed, I still sense surprise and annoyance at those antagonistic foreigners who keep too close a tab on the affairs of the Orbán regime.

This time, it was DPA, the German News Agency, that spotted a Magyar Nemzet interview with Zsolt Petry, a former professional football player and a goalkeeping coach at the Hertha Berliner Sport Club. In it, he shared his political opinions, which led to his firing from Hertha.

To understand this ill-fated interview, we must go back to a Facebook comment by Péter Gulácsi, a high regarded goalkeeper of the Red Bull Leipzig, who was among the over 800 football players who offered support to their LGBTQ colleagues and who took a stand against homophobia.

On his Facebook page, Gulácsi declared that “family is family—it cannot be an issue!” and spoke out for tolerance and against hatred. What happened in the world of football in Hungary,  where homophobia and racism are the order of the day, was predictable. Within 24 hours, the hero of Hungarian football became a traitor to the nation.

But that wasn’t all. János Hrutka, a former professional football player, who in the last few years has been a football announcer with Spíler TV, “the channel of masculine entertainment” of TV2, a television station in the service of the Orbán regime, made an innocent comment that cost him his job.

He dared to say that “it took Gulácsi a lot of courage, knowing the conditions” in the Hungarian world of football. After his firing, pro-government publications accused him of almost bankrupting Ferencváros TC 20 years ago because he demanded such a high salary as a star player between 2000 and 2002. For good measure, they added that Hrutka was once close to Jobbik and that, following his party, he became a left-liberal. This is what happens to you if you cross the ruling forces in Orbán’s Hungary.

With this background in mind, it’s time to return to the interview, which began as a discussion about the sad state of Hertha, whose place in the Bundesliga is shaky at the moment. After talking about football at home and abroad, the sportswriter came to what he wanted to hear all along.

“What does a former junior European Champion winner, member of the national team, and a goalie in the spotlight” think of Gulácsi’s role in the “family is family campaign?” Petry seemed to be well prepared. First of all, he declared himself to be “a member of the national side” who expects a hearing from the other side.

“The majority of Hungarian society doesn’t share Gulácsi’s liberal opinion on rainbow families.” Petry believes that Gulácsi “shouldn’t be condemned in principle just because he expressed his opinion. It is another question whether people agree with his position or not.” However, as a sportsman, he should concentrate on his game and leave social and political questions alone.

After saying that a football player shouldn’t poke his nose into social and political matters, he went on to do exactly what he thought was a mistake on the part of Gulácsi. To the question of whether he sympathizes with the “conservative side,” his answer was unequivocal.

“Absolutely. I don’t even understand how Europe can sink as deep morally as it is now. Immigration policy for me is a manifestation of moral decline. We should continue to live in Europe with the national values that we have learned over many years. Europe is a Christian continent, and I’m reluctant to watch the moral decay sweeping across the continent.

Liberals exaggerate the opinions of the other side: if you don’t think migration is good because Europe has been inundated with an awful lot of criminals, they label you a racist. This shouldn’t be allowed. The opinion of the other person is less often tolerated, especially if the person represents conservative views.”

The interview was published on Easter Monday, and on that very same day DPA indicated that the management of Hertha would have a chat with Petry about its content. It looks as if the club was unhappy about the critical comments on Hertha’s Facebook page, not just about Petry but, by extension, about the club as well.

Today came the club’s official announcement: Petry was being dismissed. The management explained that Hertha BSC had signed the charter of diversity and tolerance, neither of which were exhibited by Petry in his interview.

Naturally, Magyar Nemzet and other government publications found Petry’s ouster staggering. Pesti Srácok tried to put a positive spin on the story, voicing its great satisfaction that “the plucky goalkeeper dealt a blow to the liberal opinion terrorists.”

According to Vasárnap, Petry’s interview was outright moderate, which according to the other side only shows how far Hungary has moved to the right because this alleged moderation strikes Germans as being unacceptable. The coach of Hertha is also a Hungarian, Pál Dárdai, who first played for the club and later served as an assistant and eventually its full-fledged coach.

Vasárnap suggested to Dárdai that if he has any decency he would offer his resignation because of the unfair treatment of his friend.

Some skeptical commenters on Facebook are not at all worried about Petry’s future. They predict that he will end up being the goalkeeping coach of the Felcsút team or get some equally lucrative job for his “plucky” stance on migrants, same-sex marriage, and Gulácsi’s “unfortunate” remarks.