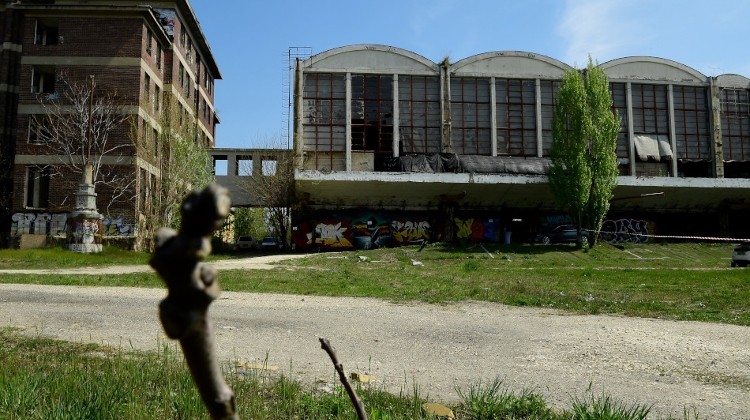 Budapest’s leadership opposes the construction of a campus of China’s Fudan University in the city’s 9th district, Gergely Karácsony, the city’s mayor, told a press conference.

Karácsony and Krisztina Baranyi, the mayor of the 9th district, earlier in the day met László Palkovics, the minister of innovation and technology, for talks on the project.

Following talks with the minister, the city leadership can say it is “particularly” opposed to the construction of the campus, especially in the area meant to house a student quarter, Karácsony said.

The mayor described the meeting with Palkovics as “long and unproductive”.

He said the government had so far been reluctant to share its plans for the university campus, but today it had been revealed that it intends to spend more than 500 billion forints (EUR 1.4bn) in public funds on building an elite Chinese private university in the area of a planned student quarter, which would now have to be smaller as a result.

Karácsony noted that Prime Minister Viktor Orbán had said on the night of the 2019 local government elections that the government accepted the outcome of the vote, and vowed not to launch any investment projects in Budapest which the city’s leadership opposed.

“This means that the Fudan project is off the table, because the city’s leadership doesn’t support it,” he said. He said an agreement signed between the government and Budapest’s 9th district in December 2019 made no mention of the construction of a university, adding that the deal could only be amended if both sides agree to it.

He said that until today, the leaders of neither Budapest nor the 9th district had participated in any meetings where Fudan University was ever mentioned, insisting that they had been “misled”.

The metropolitan council strives for a fair working relationship with the government and honours all of their agreements, Karácsony said, adding that the government needed to understand that Budapest did not want to go against the Dec. 2019 agreement.

The metropolitan council “will use all legal and political means at its disposal to ensure that the student quarter is built and Fudan isn’t”, he said.

Baranyi said Palkovics had asked for her and Karacsony’s approval for the Fudan campus to be built by “scrapping” the student quarter project. In response to a question, she said the size of the student quarter would now have to shrink from 26 hectares to a maximum of 7 hectares.

Baranyi added that the metropolitan council feared that while it would be prevented from holding local referendums on the matter due to the special legal order in place because of the pandemic, the government would sign the international treaties cementing the project.

The metropolitan council has therefore decided to hold an “online consultation” with Budapesters, seeking their opinion on the construction of the Fudan University campus, she added.

At a meeting with the mayors of Budapest and its 9th district, government representatives offered to make the entire process establishing the local campus of China’s Fudan University transparent and invited the councils and the conference of student councils to sit on the board and a professional consulting body, László Palkovics, the minister of innovation and technology, said.

Budapest Mayor Gergely Karácsony did not answer to those proposals, and insisted on his interpretation of the original agreement, which did not include the construction of the university, Palkovics said. One advantage of agreements is that they can be reconsidered,” the minister added.

At the same time, Palkovics said it was a “step forward that we could brief Gergely Karácsony and Krisztina Baranyi on how the agreement should be interpreted.”

Concerning the financing of the project, Palkovics said the government will review offers from European as well as Chinese investors, and decide “how the Hungarian government can best finance the project”.

The government wants the student quarter and the university to be built simultaneously, he said. Fudan will offer studies in liberal arts, economics, engineering and medicine, he said.

Fudan uni campus, Student City to both be built

A student quarter and the campus of China's Fudan University will both be built in Budapest's 9th district, the minister of innovation and technology has said.

Speaking after talks with Budapest Mayor Gergely Karácsony and Krisztina Baranyi, the district mayor, László Palkovics said the government was offering cooperation and full transparency to the local and the metropolitan councils on the project.

“This is where we differ,” Palkovics said, adding that Karácsony insisted university construction had not been part of the agenda.

“The presentation of the talks where the project was approved made it clear that a university quarter, rather than a student quarter would be built,” he said.

At the talks, the government pledged to build the university and the student quarter both, as well as “all facilities serving the students’ wellbeing,” Palkovics said.

Preliminary estimates put the costs of the construction of the university alone at 440 billion forints (EUR 1.25bn), with an additional 100 billion for “generic facilities”, he added.