Changes to Covid Rules Revealed for After 5 Million Inoculated 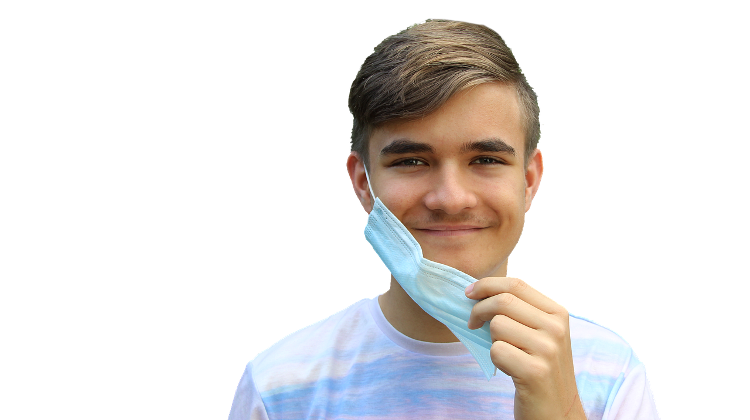 The number inoculated against Covid-19 in Hungary is expected to exceed 5 million this weekend, and at that point the night curfew and mandatory mask wearing in public spaces rules will be lifted, along with other changes announced by PM Orbán this morning.

As well as the removal of the night-time curfew imposed between midnight and 5am, the associated rules on closing times of restaurants and shops will end, the PM said in his regular Friday radio interview.

Only people with vaccination certificates can attend music and dance events, the PM declared.

Vaccinated 16-18 year-olds can take part in cultural and sports events indoors, he added.

Additionally, free parking in public areas, a measure introduced with regard to the coronavirus pandemic, will be lifted at midnight on Sunday (but effective next Tuesday due to the the long holiday weekend), the prime minister’s chief of staff confirmed yesterday.

The current special legal order introduced to curb the spread of the coronavirus will only be retained as long after the third wave of the pandemic “as absolutely necessary”, Gergely Gulyás, the prime minister’s chief of staff, told a regular press briefing yesterday.

Other European countries have a lower vaccination rate and the risk of getting infected is “significantly higher”, Gulyás highlighted.

The Indian variant of the coronavirus had not been detected in Hungary but “there is a chance” that it would, he said.

Gulyás also noted that parliament this week had created some of the legal conditions for further Covid response measures, adding that lawmakers would later pass a law on ending the special legal order.

He said an extension to the loan repayment moratorium and the extension of the validity of official documents were two examples of measures that will be included in the law lifting the special legal order.

Hungary will not take part in the next phase of vaccine procurement organised by the European Union, the prime minister's chief of staff has said.

Hungary has already ordered over 10 million Western vaccines, to be delivered by the end of 2022, Gergely Gulyás told a regular press briefing.

Once 5 million Hungarians have received their jabs, the vaccination drive is expected to slow down considerably, “even more so than after the four million mark”, Gulyás said.

Altogether, “we can expect 5.5 million [Hungarians to get inoculated], 6 million if we are optimistic,” he said.

The ten million Western vaccines will suffice even if a third jab becomes necessary, he said. “In addition, there are also Eastern vaccines at hand,” he said. He added that each vaccine provided immunity for at least nine months.

Gulyás said that Hungary would have to order and pay for 19 million doses of Pfizer’s vaccine, irrespective of whether they are necessary or not.

The Hungarian government “will not participate in that 120 billion [forint] game”, partly because a new plant in Debrecen, in eastern Hungary, will probably produce sufficient vaccines from the second half of next year, he insisted.

At its Wednesday meeting, the government also decided to extend a moratorium on debt service payments until August 31, Gergely Gulyás said.

The government would then like to see a longer transition period so that those who needed the moratorium could continue benefitting from it, he added.

Gulyás noted that talks on the extension were ongoing with the National Bank of Hungary and the banking association.

“In the current situation, we see it as a necessary condition for the success of the economic recovery that private individuals and families as well as businesses be in a good financial position,” Gulyás said.

“No doubt the moratorium is a big help to those who would have difficulty going back to immediate debt service payments.”