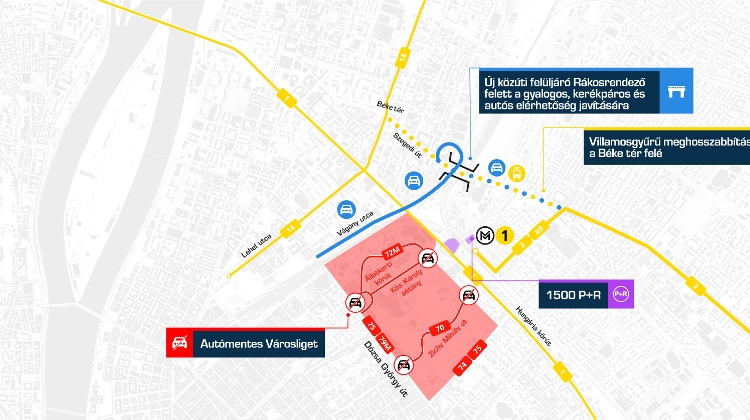 He wrote that a public procurement tender has been launched for designing park and ride facilities at the terminus of the M1 metro line on Mexikói út, which will enable 1,500 drivers to switch to public transport from the M3 motorway.

Vitézy said it was decided more than 60 years ago that the beginning section of the M3 motorway should run through the centre of the City Park.

Traffic on Kós Károly promenade, which cuts the park in two, is as heavy as on the Petőfi bridge, he said, adding that this must be changed with the upgrade of the City Park.

According to plans, the park and Heroes Square will be entirely free of cars, and surface parking in the park will cease.

The restrictions will not affect trolleybuses.

As part of the project, a new public road and tram flyover will be built over railway tracks near the Mexikói út metro station, linking Szegedi út in the 13th District with Nagy Lajos király útja in the 14th.

News and updates about the car-free City Park project can be found (in Hungarian) at www.automentesvarosliget.hu.