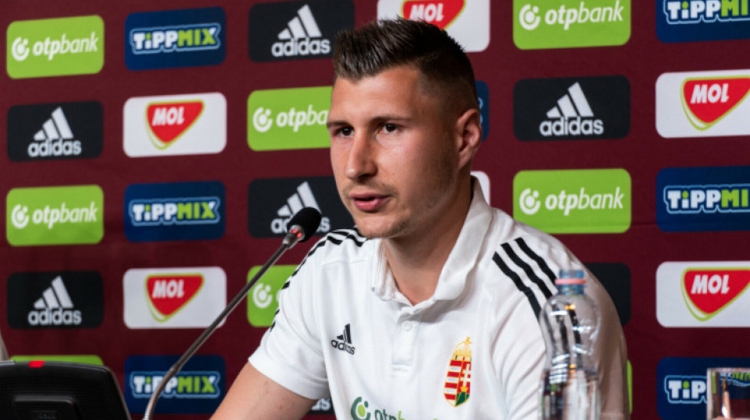 Roland Sallai and Willi Orbán believe it's already a great success that as Hungary approaches the last round of group fixtures, the team still has a chance to progress from the most difficult group of this summer's European Championship.

However, such a feat will require perfect concentration on Wednesday.

“The match against Germany is, of course, special to me, as I was born and raised there", Orbán explained. "The great thing is that before our last match, we still have a chance to qualify from the most difficult group at this European Championship".

"I know the German players, some from Leipzig, others from the Bundesliga. I no longer have any contact with the members of the German U21 team, only with the Leipzig squad members. When we reached the European Championship, we joked with each other about whose country would win".

The Hungarian national team has already had to contend with huge challenges, having already faced the European championship's defending champion Portugal and the reigning world champion France.

In this regard, defender Orbán summed up the situation by saying that after thorough preparation, everyone has arrived at the tournament in good condition:

"The backroom staff is still making sure we’re in good shape before every match, so I’m not worried.

I’m sure we’ll have the strength to fight through the next 90 minutes. Germany is perhaps the most complete team in the group, as it represents an outstanding level in terms of mentality, organisation and individual quality.

Against the Germans we need to be aware they defend as a team and high up the pitch, so our forwards need to open up the spaces behind them".

The other participant in the press conference, forward Roland Sallai, was first asked about his assist for Attila Fiola's goal against France:

"We practised the move leading up to the goal, but we mustn't look beyond the fact that the whole team did a tremendous job and that resulted in us scoring. We're very happy that everything is open before the third match and we have a chance to advance from such a group".

The 24 year-old, who plies his trade for German Bundesliga club Freiburg, also reiterated that the players had arrived at the European Championship following a great preparation period, so there had been no problem with stamina in the first two matches, and now regeneration was the focus so that their third match wouldn't cause any difficulty at any point during the 90 minutes.

Sallai then spoke about his fellow strikers Ádám Szalai and Nikolics Nemanja:

"They're strikers of similar character and I really like to play with both of them. Ádi prefers to keep the ball, Niko prefers to receive it in space. we’ll see who makes up the striker pairing, but if perhaps we’re not the strongest on an individual level, we can be as a team, so we need to take advantage of that.

I think the most important thing is to go out to play the match with the same effort as before; you need to pay maximum attention and follow the tactical instructions. It will take brave football, as we've already seen, but sometimes we were able to play attacking football against the world champions too.

Anything can happen in a match, so we'll travel there with the intention to win the match and we can promise we'll give it our all in Munich too".