Hungarian Opinion: Football Seen as Politics by Other Means 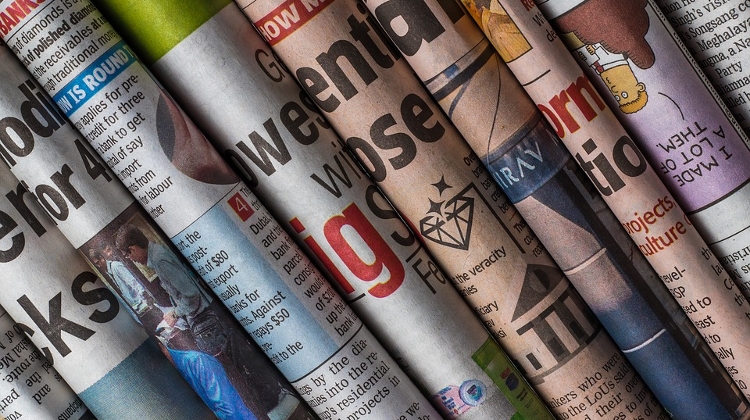 Commentators right across the political spectrum interpret the Hungarian team’s unexpected success and tragic exit from the European Football Championship as a political allegory.

Magyar Nemzet’s Ferenc Kis suggests that soccer is an indicator of society’s spiritual health, and the only countries which are successful on the pitch are those that have a strong national identity.

The pro-government columnist recalls that Germany’s post-war sense of humiliation started to heal after the National team’s victory in the 1954 World Cup.

Kis speculates that Hungary’s draw against Germany in the Euro 2020 competition last week suggests that the German side do not strongly identify with their country and its national cause, while the Hungarian team showed great determination.

Kis takes the match as an indication that the German national identity and values have been diluted by momentary political expectations, namely to stand up for this or that minority or homosexuals on the pitch.

Kis concludes by suggesting that if the opposition wins in the 2022 election, ‘Hungary’s national existence will be jeopardized’.

Magyar Demokrata’s editor-in-chief András Bencsik also reads the draw with Germany as a triumph of patriotism and cooperation.

The pro-government pundit believes that the fine performance of the Hungarian team is grounded in the Orbán government’s success in boosting the economy, culture and national spirit.

If Hungarians show the same national pride and determination to fight together for a common cause beyond the pitch, Bencsik adds, the country will be in for rapid improvements.

In a passing remark, Bencsik hopes that after Hungary’s fine performance in the Euros, the opposition will stop criticizing the government’s investment in sports and stadiums.

On Mandiner, Gergely Szilvay writes that after the draw with Hungary, ‘Teutonic tribes should go back and gaze into the fire and wonder’ what happened to them.

The conservative pundit portrays the performance of the Hungarian underdogs as a victory against German ‘spiritual colonizers’, who wanted to teach Hungary a lesson, and punish her for defending national identity and not embracing pro-LGBT ideology.

In a front page opinion piece, Élet és Irodalom’s editor-in-chief Zoltán Kovács fears that rather than remembering the Hungarian team’s strong performance on the field, the world will remember the tarnished image of Hungarian supporters protesting against taking the knee, and expressing homophobic sentiments.

The liberal pundit accuses the government of paying lip service to an irredentist, racist and homophobic hardcore group of fans, by defending their protest against taking the knee and the display of rainbow symbols during matches.

In a first page editorial, Magyar Narancs thinks that the skirmish over the lighting up of German stadiums in rainbow colours sends a clear message: that Hungarians should be ashamed of the government’s anti-LGBT legislation.

The liberal weekly finds it outrageous that UEFA did not allow the Munich stadium where the match between Germany and Hungary took place to be lit up like a rainbow.

Magyar Narancs explains the UEFA decision by claiming that the UEFA (as well as the Hungarian government) is ‘in China’s pocket’.

On Mérce, Vanessza Juhász dismisses as complacent the Hungarian government’s argument that politics should be kept out of sports.

The left-wing commentator recalls that during the Germany-Hungary match, national colors were projected on Hungarian stadiums. Juhász thinks that this is a clear act of identity politics, and therefore the Hungarian government cannot claim that it is keeping politics out of stadiums.

András Jámbor in a Facbook post calls on Hungarians who are angry about the government’s decision to spend hundreds of billions of Forints on stadiums rather than health care and the public sector not to hate the national team.

The alt-left pundit and candidate for the opposition nominee for PM in the 2022 election notes that only a few of the players on the field are alumni of the football academies financed by ‘pro-government oligarchs’.