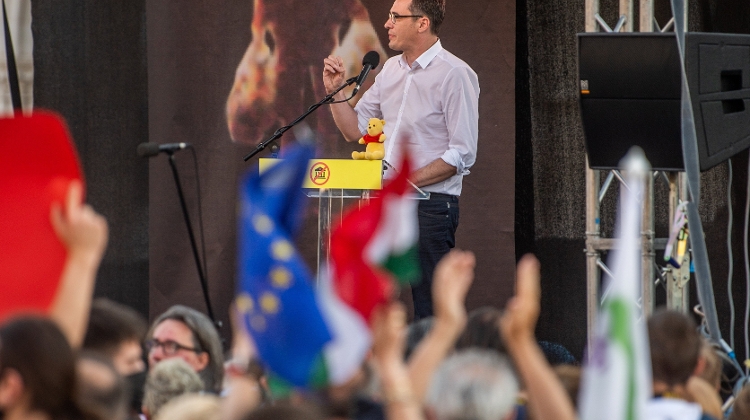 Commentators express strongly opposing views about the planned Chinese university campus in Budapest, and its implications.

On Saturday, thousands of opposition supporters protested against the government project to open a campus of the Chinese Fudan University in Budapest – agreed between the Ministry of Innovation and Fudan University last December.

Addressing the crowds, Budapest Mayor Gergely Karácsony criticized the government for committing taxpayers’ money to a Chinese university rather than helping poor Hungarian families lodge their students in Budapest. Karácsony accused Fidesz of ‘moral suicide’ for cooperating with the Chinese Communist regime.

The Chinese Embassy in Budapest rejected Karácsony’s criticism and accused the Hungarian left-wing politician of interfering with Chinese internal affairs.

On Sunday, Gergely Gulyás, Minister in charge of the Prime Minister’s office said that the government supports the opposition plan to call a referendum on the construction of the Fudan university campus, after the plans are finalized and published.

In Magyar Nemzet, Kristóf Trombitás acknowledges that China is a dictatorship, while criticizing the opposition for what he calls ‘the symbolic politics of victimhood ’.

The conservative commentator doubts that Hungary could in this way help the oppressed in Chinese by criticising the Communist government or boycotting trade with the Asian superpower.

Trombitás thinks that Hungary should follow two organizing principles in foreign affairs: defending Hungarian transborder minorities and putting Hungarian economic interests first in foreign trade. In an aside, he finds it absurd for ‘the atheist, anti-religious Left’ to use persecuted Chinese Christians to criticize the Hungarian government.

As the left-liberal commentator sees it, the government claimed it was battling ‘ideological colonialization’ when it ‘chased’ the Central European University out of Hungary for ideological reasons two years ago, while now it warmly welcomes the Fudan University, which works in close cooperation with the Communist leadership and ‘openly embraces’ Marxist ideology.

Hargitai thinks that Prime Minister Orbán made a big strategic mistake and painted himself into a corner by siding with such a symbolically controversial project.