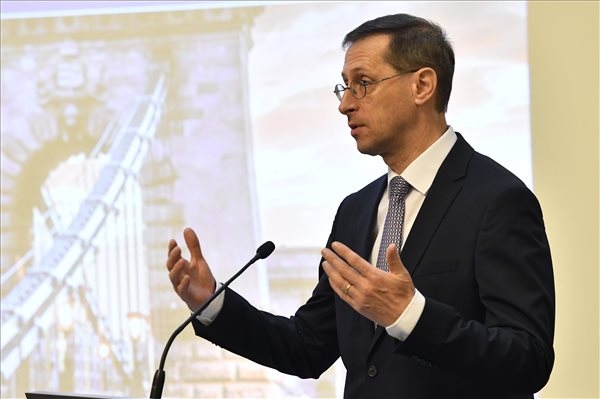 Opposition parties have submitted a total of 1,148 amendments to next year's budget bill which would "upset balance" in the draft by 8,800 billion forints (EUR 25.4bn) in extra spending, Finance Minister Mihály Varga said on Monday.

A final vote on Hungary’s 2022 budget is scheduled in parliament on Tuesday.
Amendment proposals submitted by Jobbik would alone spend three times the amount earmarked in emergency reserve, Varga said in a video message posted on Facebook.

The LMP party’s proposals include increasing taxes as well as introducing new taxes for businesses. The new taxes, such as a CO2 emission tax and a proposed tax on air tickets would result in extra burdens of 200 billion forints and 10 billion forints, respectively, Varga said.

The Párbeszéd party has again submitted a proposal “in another attempt” to introduce a basic income which would cost an extra 1,400 billion forints for the state, the finance minister said.

Varga noted a proposal which he said falsely claims that the budget does not have any funding earmarked for drug prevention.

“The funding has been included under the chapter allocating 7 billion forints for providing and improving health-care services,” he said.

The minister said the opposition’s amendment proposals, if accepted, would result in tax hikes and an accumulation of debt.