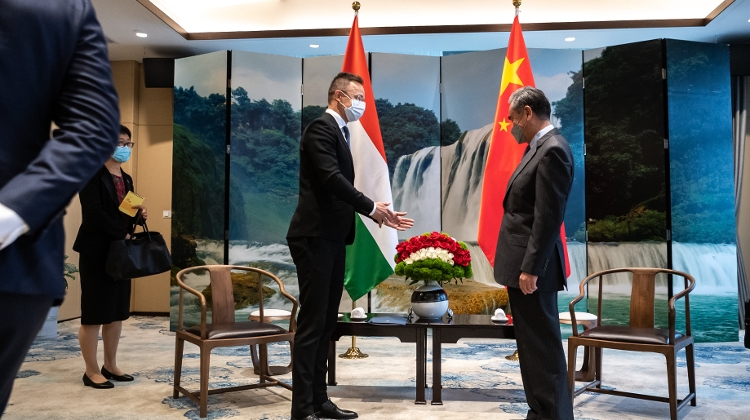 Foreign Minister Szijjártó said Hungary supported initiatives aimed at improving ties between the European Union and China, adding that there was a need for cooperation based on reciprocal interests and mutual respect rather than “sanctions and hostilities”.

“Europe should recognise the latest global realities,” he said, adding that the cost of the EU’s failure to improve ties with China would be hefty. Meanwhile, Szijjártó said China had given the all-clear to establishing a Hungarian consulate-general in Guangzhou.

“China and the EU are strategic partners and should continue to cooperate amidst the growing strategic challenges,” he added.

Meanwhile Szijjártó presented Wang Yi with the Order of Merit of Hungary, Medium Cross with Star, in Guizhou province, in southern China.

At the ceremony, Szijjártó said that Wang had proved his friendship with Hungary during the coronavirus pandemic.

By offering Hungary the opportunity to purchase the Sinopharm vaccine, Wang “helped secure the safety of one million Hungarian people.”

In his address, Wang said the honour marked the good relations of the two countries and “the deep friendship and mutual support” of their peoples.