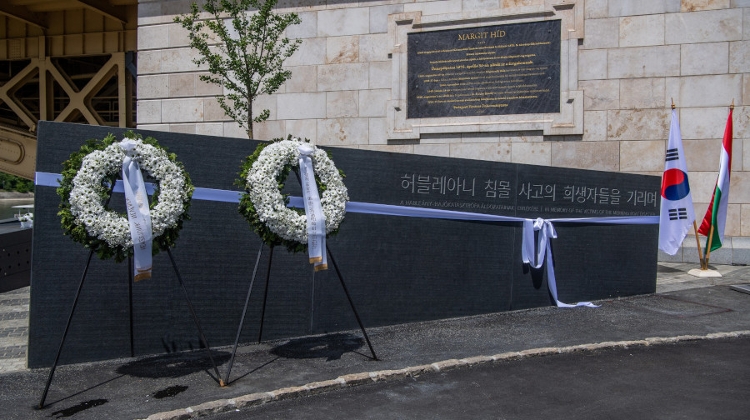 A memorial dedicated to the victims of the Hableány tourist boat disaster was unveiled at the scene of the accident at the Pest side of the Margaret Bridge in Budapest.

The two Hungarian crew members and 26 of the 33 South Korean tourists on board were killed when the Viking Sigyn cruise ship struck the smaller vessel on May 29, 2019. The other seven tourists were rescued from the water.

At Monday’s ceremony, South Korean Deputy Foreign Minister Choi Jong-moon expressed thanks to the Hungarian government, the authorities and the Hungarian people for doing everything to rescue survivors and find the bodies of the victims and for the prayers by many people for the dead.

Foreign Ministry state secretary Levente Magyar said the shared distress not only did not destroy but furthered and turned into friendship relations between the Korean and Hungarian peoples.

The monument – a grey granite block more than seven metres long and 1.5-2 metres high – is engraved with the names of all of the victims of the accident. The names are illuminated separately by a spotlight.