Budapest Mayor Gets Censored Docs Instead of Fudan Info 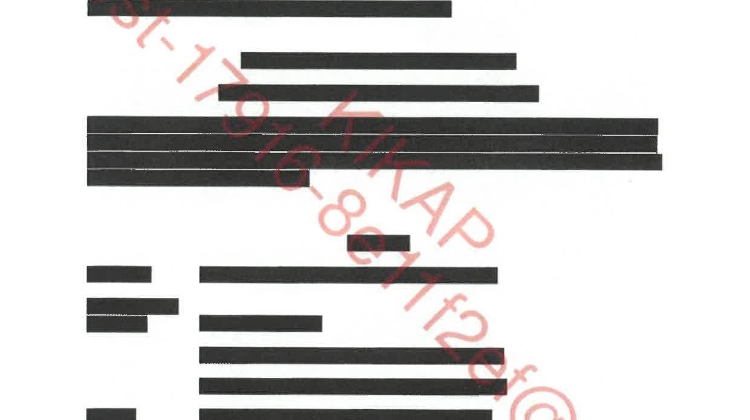 Budapest mayor Gergely Karácsony requested data of public interest on the Fudan university from the government, but almost every detail in the response was blacked out, so nothing can be learned from the documents.

He received a document with only partial obscurations on the first and second pages, while the third, fourth, and fifth pages have virtually no elements that were not covered up.

“I requested government materials on the base of which the Orbán government is building a Chinese Communist university in Budapest instead of a Student City,” Karácsony said on Facebook, adding that he was wondering what constitutes the basis of requesting a Ft 540 billion loan from China.

“Why is the government driving our grandchildren into debt and on what basis is it charging each Hungarian household Ft 200,000?” asks the mayor.

“Instead of the Student City benefitting rural Hungarian youth, a Chinese communist university will be built on Chinese credit, with Chinese companies, for the benefit of China and not Hungary,” Karácsony declared.