Cooperation with Russia will Help Hungary be First to Relaunch its Economy, Says Minister 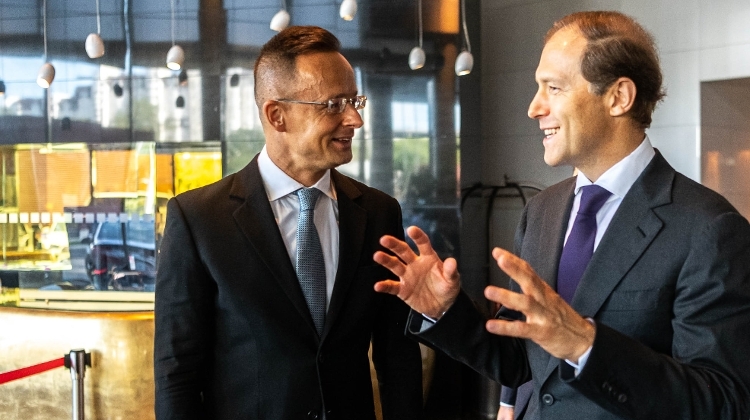 Pragmatic cooperation with Russia will help Hungary in its quest to be the first in the European Union to relaunch its economy, Péter Szijjártó, the minister of foreign affairs and trade, said at the INNOPROM Industrial Exhibition in Yekaterinburg.

Russia, he said, had helped the country snap the third wave of the coronavirus epidemic.

“The economic response of Hungarians to the pandemic was not the standard one, so we’ve been the first to reopen,” Szijjártó said in a speech to the Hungarian Economic Forum.

“Our aim now is to be the first [in the EU] to relaunch our economy.”

The minister said Russia-Hungary political ties were unencumbered by any problems that might hinder business cooperation.

Bilateral trade, he added, grew by 51% in the first four months and Eximbank has opened a 615 million US dollar credit line to fund business cooperation.

Wizz Air will soon launch a flight to Yekaterinburg and set up a base in St. Petersburg, he noted.

Russian Valdai passenger hydrofoils will be deployed to the Danube in Hungary, he added, while a 30 million euro purchase of Hungarian refrigeration equipment will be used in a power plant in St. Petersburg, among other business deals.

A Hungary-Russia state rail transport JV will ensure that busy China-Europe routes pass through Hungary, with a new transshipment and logistics centre in Záhony key to this endeavour, he said.

Also, talks are under way on strategic cooperation in vaccine manufacture, Szijjártó said, noting that almost 70 countries are administering the Sputnik V vaccine, with demand expected to grow in the future.

The latter two projects may give a major boost to Hungary’s economy, the minister said.

Representatives of various Hungarian companies accompanied the minister during his visit.

Péter Szijjártó, Hungary’s minister of foreign affairs and trade, presented Hungary’s Order of Merit, Commander’s Cross with Star, to Russian Minister of Industry and Trade Denis Manturov in Yekaterinburg, in recognition of his outstanding role in Hungary’s anti-coronavirus inoculation campaign.

“Hungary has received two million doses of Sputnik V vaccine and used 99% of this amount for immunising one million people,” Szijjártó said.

The Russian shipments, he added, contributed to Hungary vaccinating 65% of its adult population in what was the swiftest inoculation rollout within the European Union.

Following intensive talks, Manturov consented to the sale of Russian vaccines in a period of uncertainties over manufacturing production capacities, Szijjártó said. Meanwhile, the two minister qualified the sale of jointly manufactured railway carriages to Egypt as a success.