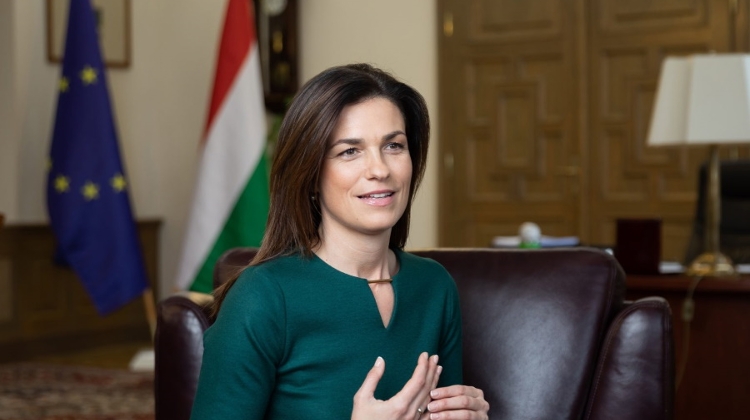 The European Commission and European Parliament want LGBTQ activists and organisations to be let into kindergartens and schools, the justice minister has said.

The minister said that whereas the European Court of Justice normally gave member states a two-month deadline when it considered that legislation was not in line with EU norms, now Hungary had been given a single week, with a June 30 deadline.

Hungary, she added, refused to be dictated to by the court or any other European body over how lives should be lived in Hungary.

The EU Charter of Fundamental Rights states that parents have the sole right to decide how to bring up a child, she said.

Meanwhile, on the topic of the EU recovery fund, Varga said “highly constructive” dialogue was under way regarding recovery plans, adding that Hungary’s recovery package had been drawn up in line with EU rules.

However, the EC has since made new demands in light of the child protection law, she said, adding that the two should not be linked since one does not impinge on the other.

Varga told the 10th Large Family Conference, a three-day event held in Keszthely, in western Hungary, that “credible climate and environment protection is the foundation of family-friendly policies” as it works to ensure a healthy environment and sustainable lifestyle for current and future generations.

Dubravka Šuica, the European Commission’s Vice-President for demography and democracy, said families should be supported “regardless of their size or structure.”

The European continent is grappling with the ageing of its population, Šuica said, calling for solidarity between generations.

Addressing the 10th European Large Family Conference on Saturday, Katalin Novák, the minister without portfolio for families, said the Hungarian government’s actions taken since 2010 were proof that it supported families.

“Family is the cradle of sustainability,” Novák told a conference organised by the National Association of Large Families and the European Large Families Confederation.

Political will, she added, was a chief pillar of sustainable family policy. In 2010, the government chose to link family benefits to work, thereby laying the foundations to increase sums available for this kind of support.

Accordingly, next year’s budget contains triple the amount in 2010 for family benefits, Novák noted. If the economy grows by 5.5%, the government plans next year to return a large part of personal income tax to families raising children, she said.

Sustainable family policy, the minister said, needs supporters and real communities, noting the three decades of work carried out by the National Association of Large Families.

Novák spoke of sustaining the Hungarian nation and its culture and values from one generation to the next.

Close to 700 people from eleven countries attended the European Large Family Conference. Professional events were complemented by family programmes such as arts and crafts organised for children.