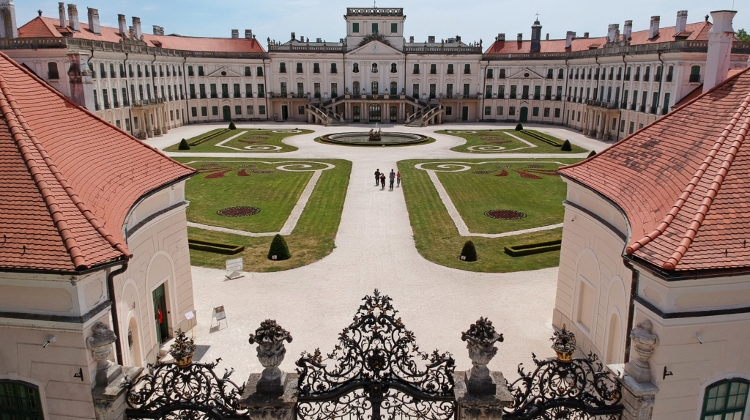 The western wing of the imposing Esterházy Castle in Fertőd, in western Hungary, renovated from somewhat less than 2 billion forints (EUR 5.7m), was inaugurated at the weekend.

The wing accommodates the Esterházy gallery, the Esterházy porcelain cabinet and Modulated Time, a joint exhibition of sculptor Boldi and painter Mózes Incze.

Addressing the event, Attila Barcza (Fidesz), MP of Sopron and its region, noted that Miklós Esterházy, “the Magnificent”, had a lion’s share in the birth of what has been called the “Hungarian Versailles” in the 18th century.

The Hungarian government led by Prime Minister Viktor Orbán decided to renovate the castle in 2013 so that Hungary’s largest and most splendid Baroque building should regain its one-time grandeur and become not only a symbolic, but a bustling site of Hungarian culture, he said.