Best Chefs in Europe to Compete in Budapest Again Next Year 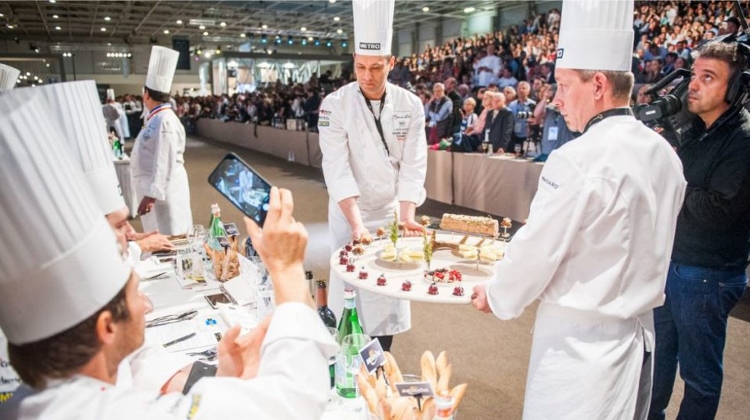 In 2022, six years after the first Bocuse d’Or Europe in Budapest, the Hungarian capital will once again host the European final of the most prestigious cooking competition in the world.

This will be one of the first major international events of the renewed HUNGEXPO Budapest Congress and Exhibition Center in 2022.

At the event, the best chefs in Europe are competing in front of the 24-member jury, which decide who earns the right to represent Europe at the world grand finale in Lyon.

The European selection is the most popular event in the qualifying series, from where most chefs can advance to the kitchens of the finale.

Budapest hosted the European finals of the world’s most prestigious cooking competition, the Bocuse d’Or, for the first time in 2016, where Tamás Széll and his team made history and won the finals.

Five years ago, the French organizers emphasized the extremely high quality of the organization and Hungarian hospitality, while Jerome Bocuse, the son of the competition founder Paul Bocuse, called the event “the best European final of all time” in his closing speech.

“The fact that Budapest and Hungexpo were once again given the right of organisation is both a recognition of the Hungarian capital and the continuously renewing Hungexpo, and another milestone in the development of Hungarian gastronomy.” said Mr. Gábor Ganczer, CEO of Hungexpo Zrt.

He recalled that the company had been actively involved in this process from the beginning, to which the dedication of Hungexpo’s French parent company, GL Events largely contributed, as well as the fact that they brought to Budapest one of the world’s most important international HoReCa and Retail Show, Sirha, almost a decade ago.

The European final of the Bocuse d’Or will once again be held on Sirha Budapest on 22-24 March 2022, in one of the newly built pavilions of the now completely renovated Hungexpo.

The Bocuse d’Or Europe attracted 6,000 spectators to the venue during the two days, of which nearly three thousand came from abroad.

Over the three days of the exhibition, more than 2,000 people worked in a variety of locations, the 1,800-seat grandstand was completely filled, and the audience watched the work in 10 fully equipped, restaurant-standard kitchens, on more than 70 square meters of screens.

Bocuse d’Or, – in addition to being one of the most significant events in gastronomy, – is an excellent promotional tool and an opportunity to build country image.

The last competition in Budapest was attended by more than 400 domestic and international journalists, as well as thousands of fans and interested visitors, providing an excellent opportunity for many Hungarian food producers, winemakers, and restaurants to present themselves internationally.

Next year’s competition is especially important because “the industry is more keen than ever to get together, cooperate, exchange ideas, and to give strength one another after such a challenging period” said Zoltán Hamvas, President of the Hungarian Bocuse d’Or Academy.