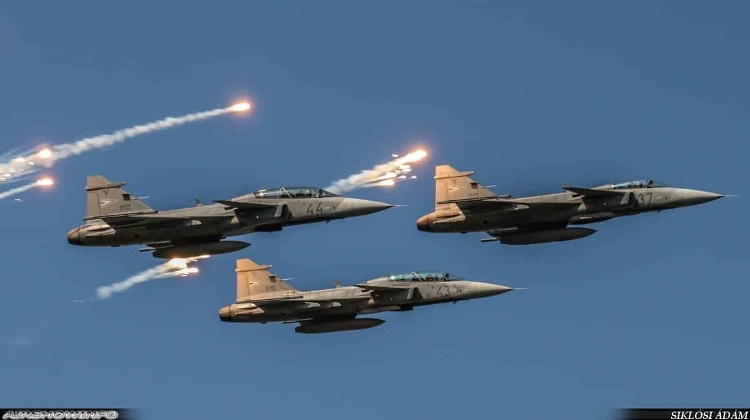 Some 120,000 spectators visited the International Air Show and Military Display in Kecskemét, central Hungary, over the weekend, the defence ministry said on Sunday evening.

The event was opened at 7am by Defence Minister Tibor Benkő and Hungarian army chief Romulusz Ruszin-Szendi both on Saturday and Sunday, the ministry said in a statement.

In addition to presentations by the air forces of Hungary and several foreign countries, the programme included surprise events including a parachute jump performed by the defence minister, the army chief and other army leaders from a helicopter.

A family of military handguns developed fully by Hungarian engineers was also presented.

Visitors also had a chance to see the cabin of Soyuz 36 in which Bertalan Farkas, Hungary’s first cosmonaut, travelled back to Earth on a space mission in 1980.