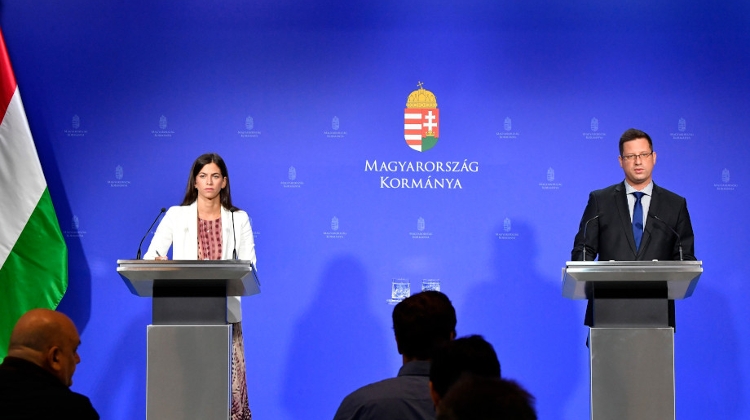 The prolongation of special measures related to Covid requested by the government has no bearing on people’s fundamental freedoms, the prime minister’s chief of staff said on Wednesday.

Gergely Gulyás noted the government has asked lawmakers to prolong the measures until Jan. 1. He added past restrictions such as curbs on public gatherings and curfews have been lifted, so given an extension of emergency measures it will be possible to hold demonstrations for example.

The government’s reactive capabilities will be maintained if lawmakers agree to prolong the special measures, Gulyás said. Meanwhile, he insisted that rising caseload was not expected to have a corresponding effect on hospital admissions or deaths. He said immunity certificates were still relevant and it was possible they would gain in importance.

On another subject, Gulyás said consultations on next year’s minimum wage between employers, unions and the government also included discussions on whether employers could require employees to get the Covid vaccine. Gulyás said that although no decision has been made yet, he believed employers had a right to expect to be able to rely on their employees.

Speaking about the economy, Gulyás said the government wants to see the minimum wage raised to 200,000 forints (EUR 571) as early as Jan. 1, which, if implemented, would mean higher minimum wages in Hungary in 2022 compared with the average wage during the Socialist government of Ferenc Gyurcsány.

Gulyás noted that most respondents to the government’s National Consultation public survey said the minimum wage should be raised to 200,000 forints. “In 2010, the minimum wage was 73,500 forints. This is why it would be a great achievement to have it raised to that amount as of Jan. 1 next year,” Gulyás said.

The minister said the government had ‘outperformed’ its pledge to create more jobs than those destroyed by the coronavirus pandemic, and cited recent data showing a record number of 4,704,000 employed in Hungary today, adding that this number was at a record high since the change in political system 31 years ago.

Regarding the country’s economic performance, Gulyás said third quarter growth fuelled reason for optimism, and the 5.5% growth target — a precondition for providing families raising children an annual personal income tax refund at the level of the average wage next spring — was graspable.

As regards tourism, the sector set a record this summer, he said. In connection with the moratorium on loan repayments for vulnerable borrowers, Gulyás confirmed that the government has decided to extend it.

“It is important to offer the option to entrepreneurs that have suffered an at least 25% hole in their revenues over the past 18 months, as well as to private individuals and families who suffered a permanent loss of income,” Gulyás said.