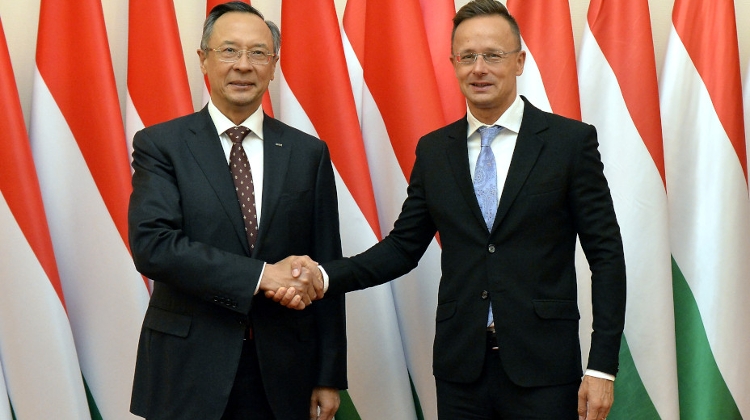 The Hungarian government has rescued Afghans who helped Hungarian troops during the military campaign in Afghanistan but “not a single person apart from them will be accommodated”, Foreign Minister Péter Szijjártó said on the sidelines of an informal meeting with his European Union counterparts in Slovenia.

“The security of our country and that of the Hungarian people is of paramount importance,” the minister said.

Central European participants in the meeting made it clear that they would not support any mandatory migrant quotas, Szijjártó said, adding that “each country has the sovereign right to decide whom to allow in and whom to live with”.

“Nobody, whether Brussels or the European Commission, will force any decision concerning that matter on us,” he said. Participants in the talks also discussed issues around cooperation with China, India, and the Persian Gulf on Friday.

At a “serious and at times tough” debate on the situation in Afghanistan, the Brussels institutions and certain member states reverted to the “2015 track” in handling migration at a meeting on Friday, Hungary’s foreign minister said.

Speaking on the sidelines of an informal meeting of EU foreign ministers in Brdo Castle near Kran, in Slovenia, Szijjártó lambasted EU leaders for “slipping back onto the path of 2015, even though there is constant talk of not repeating the mistakes of the 2015 migration crisis”.

The ministers also discussed calling on the Taliban to allow free passage to those who want to leave the country. This, Szijjártó insisted, was “in fact an invitation to any Afghan wo wants to leave”.

He warned that this was a “very dangerous and irresponsible position”, arguing that it could trigger another wave of mass migration, since half of Afghanistan’s population of 39 million had lived on humanitarian aid even before the Taliban took over, while the country has at least 4 million domestic refugees.

He added, however, that the Czech Republic, Poland, Croatia and Hungary had “rather firmly argued against migration”.

Afghanistan is “one of the hotbeds of terrorism”, Szijjártó said, adding that an exodus of Afghans could “provide an opportunity for hundreds or thousands of terrorists to come to Europe”.