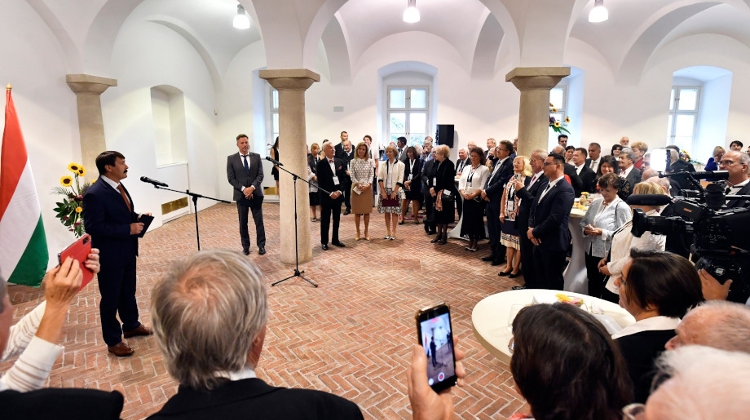 President János Áder met delegates of the Friends of Hungary Foundation at a ceremony in his office in Budapest on Friday.

“With reason, talent, will and faith we will not only subdue the epidemic but also succeed in recovery,” he said.

The foundation rallies all who have faith in the crucial power of personal commitment, direct experience and recognised achievement, Áder said.

The president praised the foundation’s members for their commitment to promoting an authentic, fair picture that reflects Hungary’s genuine achievements to emerge all over the world.

In conclusion, Áder bade farewell to the participants, saying that next year they would meet a new head of state.

Friends of Hungary, founded in 2011, is a community of people living abroad who are either of Hungarian ancestry or are otherwise connected to the country.

This year’s meeting was the seventh at the presidential palace.

Hungarian Spectrum notes that, "Hungary Today, a rather unfortunate name since it reminds everybody of the Russian propaganda news channel Russia Today - is a publication of the “Friends of Hungary Foundation” that was established with massive government funding (between $15 and $20 million) in November 2012.

The publication’s editor-in-chief is Szabolcs Nótin. Nótin started his career at Nézőpont Intézet, a think tank that supports the government party. After a short stint there as an analyst, he moved on to be “operative manager” of the Friends of Hungarian Foundation. After less than a year in this position he was named editor-in-chief of Hungary Today in June 2014".