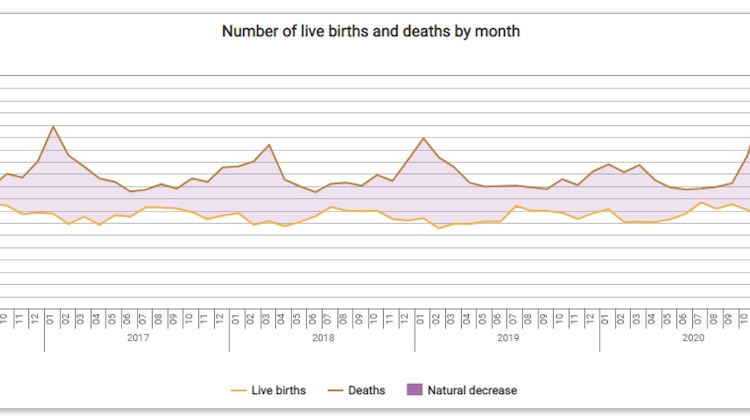 On the other hand, the January-August report shows a more comprehensive picture, according to which 100,591 people died and 60,620 children were born in the first eight months of the year, for a population decline of 39,971 people. That is 71% less than in the same period of last year, when the natural demographic loss was 23,368.

The statement also shows that 9,249 couples were married last month and 50,618 in the first eight months of the year.