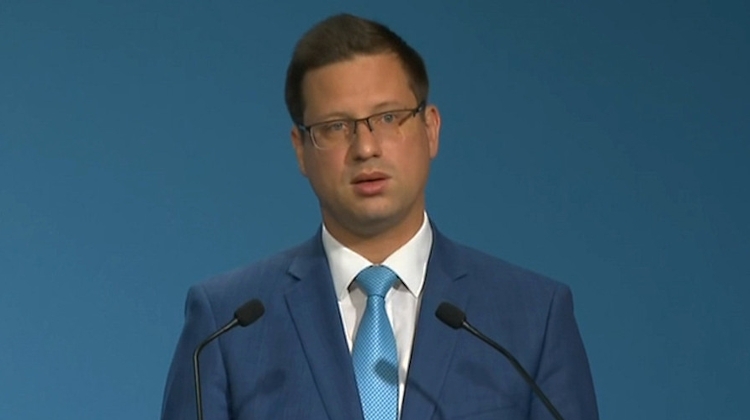 For the time being, the government is not planning school closures because of the pandemic but it may make a decision to this effect in the future, Gergely Gulyás, the head of the Prime Minister’s Office, said.

Commenting on the upcoming hunting expo, he said the cabinet decided that the current number of infections does not justify requiring participants to have immunity certificates. In response to a question on mandatory mask wearing, he said introducing such a requirement would suggest that in effect it is similar to vaccination.

Gulyás expressed the view that the fourth wave would affect the country’s operations to a lesser extent than previous waves. The government would like Hungary to start producing coronavirus vaccines but no agreements have been signed yet with any manufacturers.

Commenting on the outgoing government in Norway and related corruption charges, he said it would be good if Norway, as a member of the European Economic Area (EEC), could clear these issues, which he said also involved the possibility of foreign influence.

Gulyás said Norwegian government comments concerning monies due to Hungary from the Norway Fund lacked seriousness. Hungary is waiting for the new Norwegian government to be formed, he said. If an agreement cannot be reached with them, legal tools are available to settle the issue, the strongest argument being that unanimity is required to maintain the EEA.

In response to a question regarding whether international organisations or other states may interfere in the Hungarian general elections next year, Gulyás said “the majority of western European governments would be happy to see the right wing not to win”.

If no agreement is made on the transfer of funds to Hungary from the European Union’s recovery plan, it will show that “the European Commission wants to participate in the campaign on the side of the opposition”, he said.

However, the government has made every effort to avoid this risk, he added.