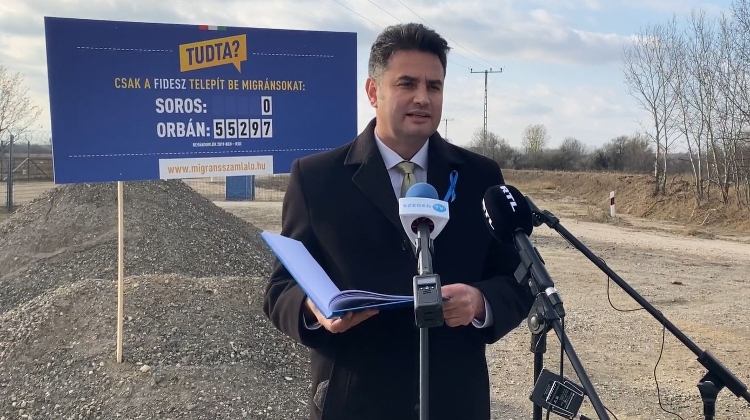 Hungary’s opposition, if it wins next year’s election, will retain the fence along the country’s border with Serbia, Péter Márki-Zay, the opposition alliance’s prime ministerial candidate, said at Röszke border station.

The opposition “seeks to retain what works; not only family support and low taxes but the fence protecting the border, too”, he said.

“The fence is an effective tool in preventing illegal migration,” he said.

A new government set up by the opposition would fully cooperate with Frontex, with Hungarian police and EU officers controlling the borders together, he said.

Márki-Zay slammed the government for “settling in Hungary 55,000 migrants in 2019, and 43,000 in 2020, during the pandemic”. The opposition, he added, intended to resolve a labour shortage by luring home Hungarians working abroad.

In response, ruling Fidesz said that Márki-Zay represented the policies of Democratic Coalition leader Ferenc Gyurcsany and his left-wing allies.

Fidesz accused Márki-Zay of regularly taking a stand for migration, speaking about its benefits and stressing the need to allow migrants into the country and integrate them.

“The left wing would obey the instructions of Brussels without further ado and settle migrants in Hungary,” Fidesz said.