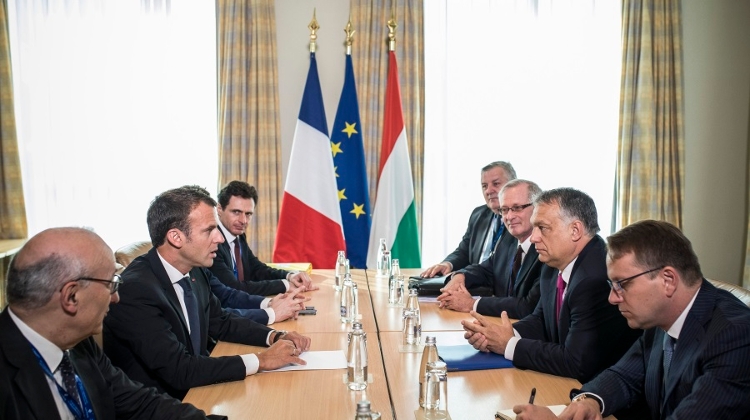 French President Emmanuel Macron will meet with Budapest Mayor Gergely Karácsony on Monday afternoon during his upcoming visit to Budapest, reports HVG. The visit will take place at the French Ambassadorial residence in Budapest.

The news site has also learned that Péter Márki-Zay, the joint prime ministerial candidate for the united opposition, Klára Dobrev, MEP from the Democratic Coalition, and Momentum President Anna Donáth will take part in the meeting between the French head of state and the mayor as well.

Macron will arrive in Budapest for a summit between the V4 countries and France on Monday, where he will meet with President János Áder and Prime Minister Viktor Orbán, and hold talks with the other V4 heads of government.

Ahead of the French President’s visit to Budapest, Macron said of Viktor Orbán on Thursday that the Hungarian prime minister was a “political opponent but a European partner,” noting that EU member states should work together, “even if we have serious differences. And there are, such as on the issue of the rule of law.”