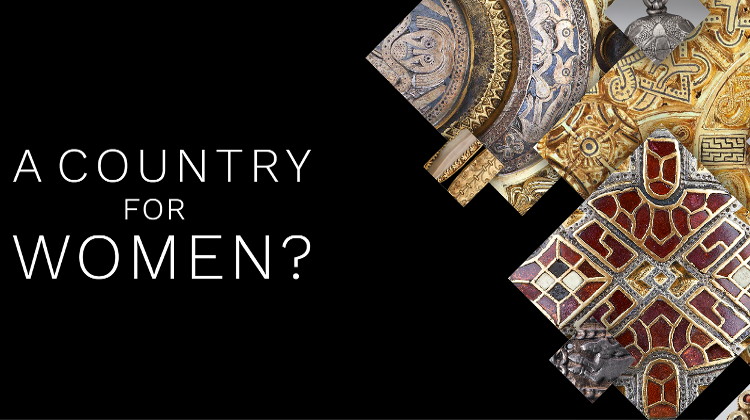 At the dawn of the Middle Ages, in a period when peoples of various origin and cultural background succeded each other in the Carpathian Basin, written sources mainly inform us about the world of men and warfare, while women mostly stay ‘invisible'.

However, from an archaeological point of view it is exactly women's graves which are more spectacular, richer and more colourful than those of men.

These women – including saints, queens, women and daughters of noble families, women brought in bondage or whose marriage sealed an alliance, and of course mothers intriguing for their children's prosperity – also played a significant role in the transformation of Europe.

Through archaeological finds recovered at excavations we can not only learn about contemporary women's clothing and personal articles, but also about the outstanding roles women played within their community.

Their jewellery made of precious metals and their personal artefacts of first class craftsmanship prove that the material objects of the ‘fair sex’ were not less impressive than men’s items of prestige and power.