Online Performance: Hungary In The Nineties - Through The Eyes Of A Child, 4 March 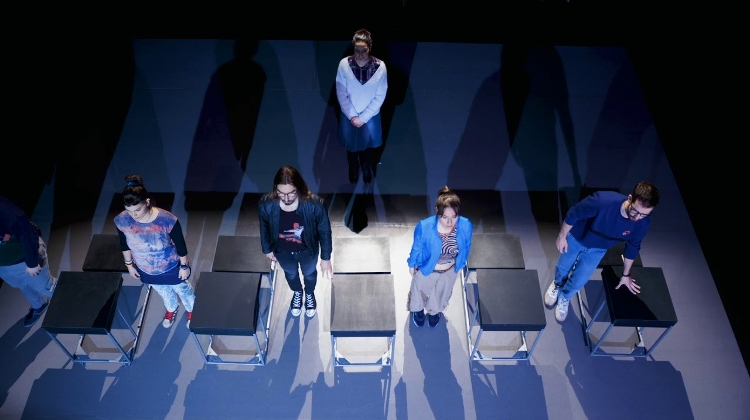 Commodore 64, basketball cards, Britney Spears, Kosovo war, Monica Lewinsky, DuckTales and the death of democratic Hungary’s first prime minister. Hungary in the nineties - through the eyes of a child.

Two actors, two dancers, a graphic designer and a manager. And they all work in one theatre company in present-day Hungary.

During the quarantine, they recalled where they came from, what it was like to grow up in the 90s, and what it means to have been born at the crux of the 1989 regime change. A central question developed: In what ways was this generation molded by the most important place in their lives at that time, by primary school?

The mixed-media, document-based performance is a chain of personal stories from the players, an imprint of a special and formative period - the first day of school, to the beginning of adolescence.
Some of the players are from the countryside, some are from the suburbs, and some are from “the better side” of the capitol.

There are those whose families were crippled by the regime change, and some whose luck was made by it. Some attended progressive, alternative schools, while others studied in a hard-line Prussian system.