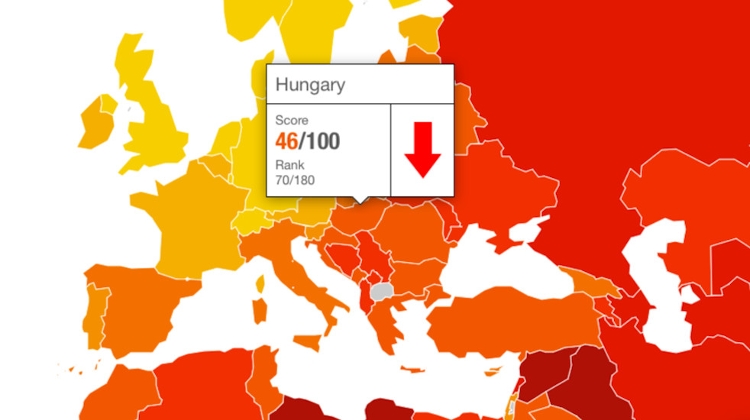 Hungary has become the second most corrupt EU member state, according to the latest report from Transparency International.

The anti-corruption agency writes that the Hungarian government has used the epidemic to further consolidate its power and restrict freedom of expression and the media.

Transparency International has been gauging countries using its Corruption Perceptions Index since 1995; states are rated on a scale of 0 to 100, with 100 indicating the lowest corruption and 0 the highest. Hungary received 43 points in 2021, down from 44 in 2020.

Within the EU, only Bulgaria performed worse, with 42 points.

Globally, Hungary is 73rd among the 180 countries surveyed, its worst result to date.

The summary highlights countries where the corruption situation has significantly deteriorated since 2012. Hungary is among these countries, in addition to Luxembourg, Poland and Cyprus.

Denmark, Finland and New Zealand lead the global list with 88 points each.