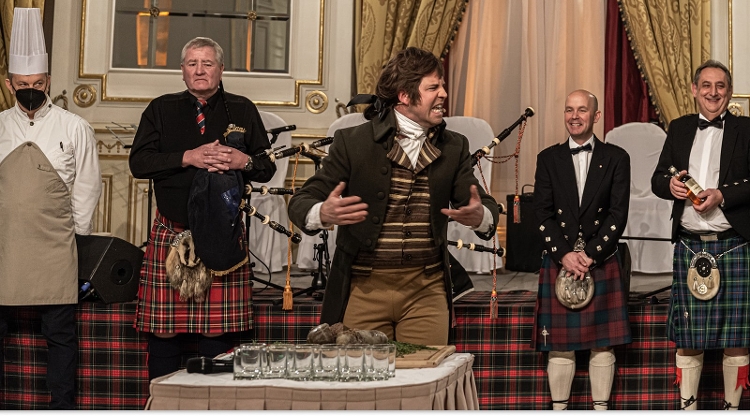 Last Saturday evening Team XpatLoop and friends attended the 'Big Budapest Burns' Supper - complete with the “piping in” of authentic haggis. We enjoyed a 'full-Brigadoon' kind of evening - with singing and dancing, poetry and music. A wonderful taste of Scotland in Hungary, and all for charity!

Click here to see more photos of the event

There was pomp and ceremony with one of Robert Burns’ famous poems, “Address to the Haggis,” recited in ‘Scots tongue’ after the haggis was escorted in by skirling bagpipes who flew in from Scotland. Maybe most importantly, this Burns Night Supper raised over HUF 9 million for local charity.

Guest of honour Paul Fox, British Ambassador to Hungary, said, “Many thanks to the RBIF here in Budapest for hosting such a great event, celebrating Scotland’s greatest poet!”

Christopher Tait (pictured below) the world’s leading Robert Burns performer told XpatLoop, “I was delighted to bring Robert Burns himself to the 25th RBIF Burns Supper. One of the best I've attended”. 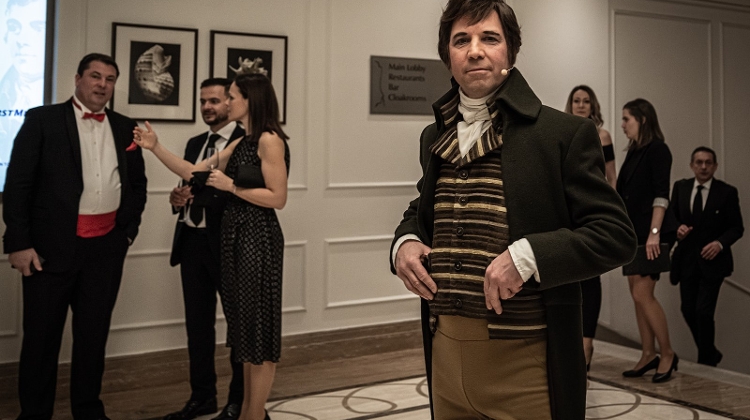 What is the Budapest Burns Night Supper?

Held throughout the world on Burns Night (or on an evening close to it), a traditional Burns supper is an evening event that celebrates Robert Burns’ life and work.

Here in Budapest this Big Burns Suppers is organised by the Robert Burns International Foundation and have been held in the ballroom of the Corinthia Budapest since 2004. 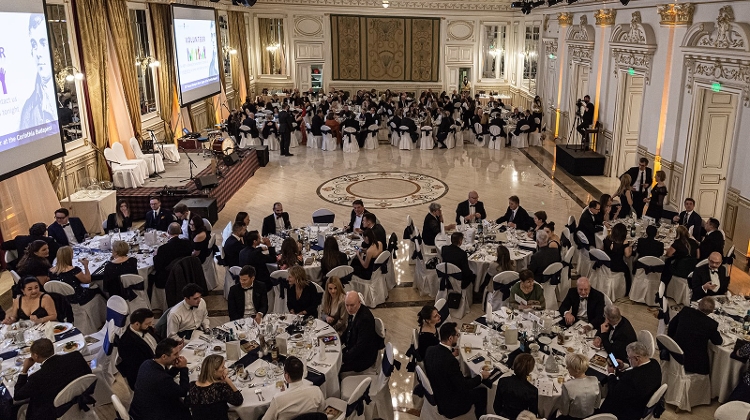 Jonathan Pace the General Manager at Corinthia Budapest told XpatLoop.com, "We thank the RBIF committee for having allowed us to be part of the 25th Annual Burns Supper".

"A lot of work is being done by the foundation and we are honoured to be able to contribute to the success of both the event, and most importantly, their noble cause. We look forward to keep on assisting the committee throughout the year and to see everyone again next year," he continued.

Who are the RBIF – The Robert Burns International Foundation?

The Robert Burns International Foundation is a charity established with the aim of helping sick and underprivileged children in Hungary. The RBIF works continuously on forging links with companies and organisations in Hungary to develop and expand its fundraising activity.

Dougie Arnott (pictured below on right), RBIF Chairman told us, “It was great to see so many people turn out this year after the disappointment of not holding an in-person event in 2021."

"Raising more than HUF 9 million will make a huge difference to many hospitals around the country, thanks for everyone’s support,” Dougie concluded. 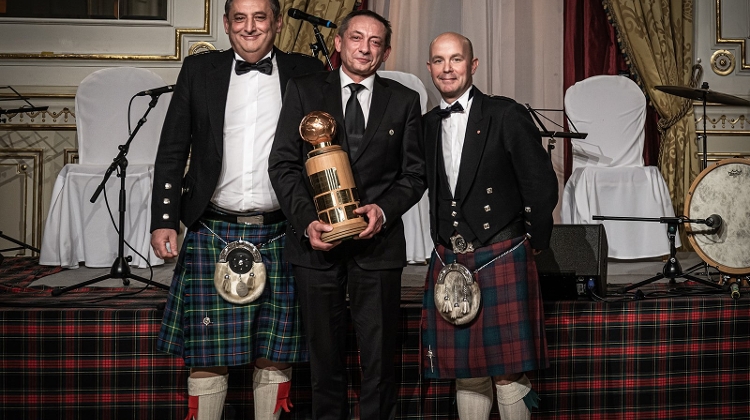 Having raised hundreds of thousands of euros, RBIF is a highly efficient networking organisation. The foundation focuses its efforts on raising money to benefit sick and underprivileged children in Hungary and Central Europe. This fundraising is boosted by the SME Sponsorship Scheme, enabling regular donations to children’s medical facilities in Hungary every year.

Team XpatLoop have been attending this Burns Night Supper for 20 years, or maybe more as it’s hard to remember that far back ;) We were all thrilled to be there again in 2022 along with 300 guests in total this year.

On behalf of everyone thanks so much to Douglas Arnott, RBIF Chairman, for being such a wonderful host. This fabulous evening also gave us all a great opportunity to meet and mingle with fellow Xpats, both local and international. We all look forward supporting this event again next year. 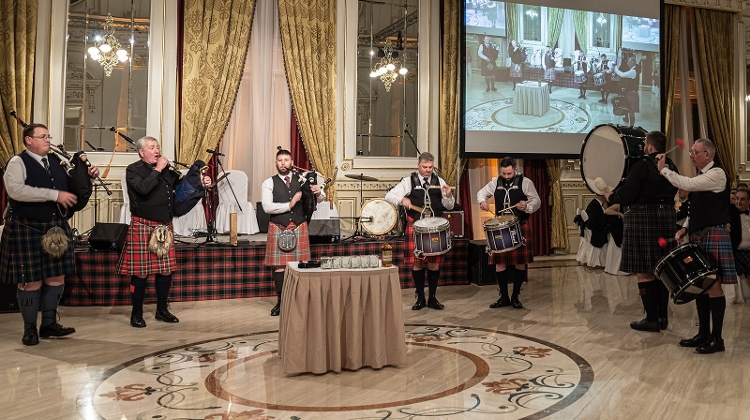 Sponsor of the Year was Professor György Fekete, Medical Adviser to the RBIF, in recognition of his 54 years in the medical profession at the 2nd Department of Paediatrics and his 25 years of medical advice and expertise given to the RBIF.

Words by Aniko Woods
Anikó has spent her career working in technology and currently oversees the global marketing efforts for Animative Group.
She spends her spare time writing, singing songs from her favourite musicals, and reading time travel novels.
Anikó also enjoys tasting wine and visiting the countryside with her husband Andrew and little dog Lucy.