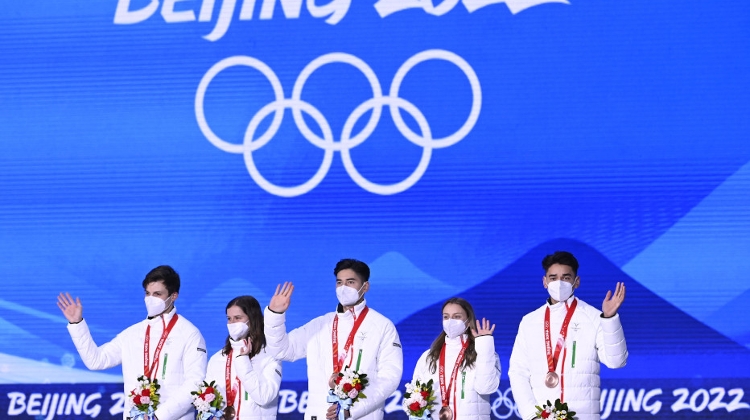 Pál Schmitt, former Hungarian president who is a member of the International Olympic Committee, hailed the opening ceremony of the 2022 Winter Olympics in Beijing as a “historic experience”, in an interview with Chinese news agency Xinhua.

Schmitt noted that Beijing was the first city to host both summer and winter Olympics. “I’m here in this stadium for the second time: in 2008 for the Summer Games and now in 2022 for the Winter Games,” Schmitt said. “Both of these are excellent and unforgettable experiences.”

“We really very much appreciate the Chinese leadership, the Chinese Olympic Committee, the preparation committee for the Games, that they made all this possible,” he added.

Concerning the decision to limit spectator attendance at the event because of the pandemic, Schmitt said he understood the need for the rule, adding that the world would still be able to keep up with the action thanks to the Games’ live television and social media coverage.

Schmitt said another reason why the 2022 Winter Games were special was because he was hoping to once again personally award medals to Chinese-Hungarian speed skater brothers Liu Shaolin and Liu Shaoang, who won the first ever gold medal for Hungary in a winter Olympics in Pyeongchang in 2018.

If the brothers’ dream comes true, they will wave both nations’ flags, Schmitt said. “I understand that their mother prepared a double Chinese-Hungarian flag. They are as much Chinese as Hungarians at heart, and we appreciate and like them very much,” he said. The brothers won bronze in the short track speed skating mixed team relay on Saturday.