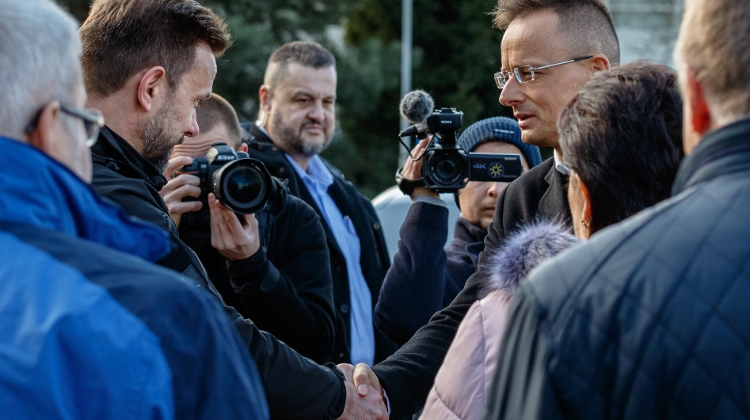 An aid delivery of 28 tonnes of food and 100,000 litres of vehicle fuel from Hungary arrived in Transcarpathia, Ukraine’s westernmost region, Hungary’s foreign minister said at the Záhony border crossing on Sunday.

Péter Szijjártó said the government is working closely with the Ecumenical Charity, which collected the donations of food. He added that his ministry would provide 1 million euros to the charity to support the next delivery of aid.

He also acknowledged Hungarian oil and gas company MOL for the donation of vehicle fuel which will be used for hospitals, ambulances, humanitarian organisations and catastrophe protection agencies. He said 66,000 people have crossed the border from Ukraine into Hungary so far.

From Monday, six aid centres will start operating at points along the border, he added. Szijjártó acknowledged the “exemplary cooperation” between the Hungarian police and Ukrainian border guards.

Viktor Mikita, the governor of Transcarpathia, thanked the Hungarian government for the humanitarian aid. He said Transcarpathia has taken in 25,000 refugees from other parts of Ukraine.