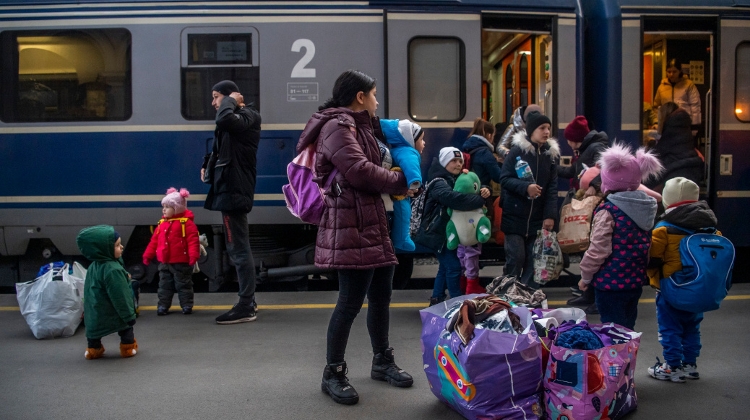 The Budapest municipality has offered to pay for 3,000 train seat tickets to help refugees from Ukraine, Mayor Gergely Karácsony said on Facebook on Thursday.

The mayor suggested that the government’s offer of free travel for refugees on Hungary’s railway lines “is still not entirely free” as they need seats to go with the tickets which they could not buy unless they had forints.

He said that exchanging the Ukrainian currency had become difficult in Budapest, while an increasing number of refugees could not use their bank cards either.

“Civil activists, volunteers are seen in front of the box offices paying for the ‘free’ tickets,” Karácsony said. The mayor said they had contacted civil organisations helping refugees, and said he hoped “by the time the city’s seat tickets run out, the government will have changed the rules to ensure that travel by train is in fact free for the refugees”.

Altogether 3,329 refugees coming from war-stricken Ukraine, including 971 children, arrived in Budapest by train on Wednesday, Budapest police said on their website.

Most of the refugees sought information and continued their journey or went to stay with relatives. The authorities and charity organisations offered shelter to 59 people, including 37 children, police.hu said.

Police officers are on duty at Budapest’s Keleti and Nyugati railway stations to help people fleeing from Ukraine.

They are working in cooperation with the disaster management authority, the immigration office, national railway MÁV, Budapest’s public transport company and aid organisations, the police said.

Hungary Expects to Receive Up to 900,000 Refugees