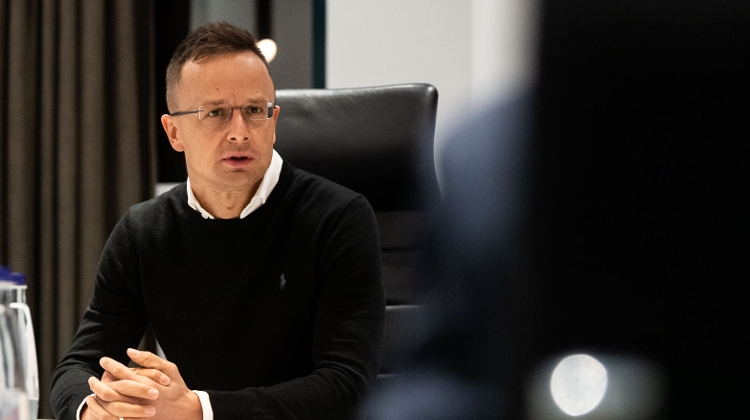 The government is working to prevent Hungary from being dragged into the war in Ukraine, and resisting the related “domestic and foreign pressure”, Foreign Minister Péter Szijjártó said after attending a session of the national security operative body and a cabinet meeting.

While diplomatic efforts have been ramped up and peace talks are under way, military action has not slacked in Ukraine, with constant armed conflicts reported, he was quoted as saying by a Foreign Ministry statement.

Szijjártó confirmed that the government’s decision to refrain from sending soldiers or weapons to Ukraine was “firm and irrevocable”. Nor will the government allow lethal aid to cross the territory of Hungary, he added.

“Irrespective of domestic and foreign pressure by the opposition and foreign players, we will stand by this decision,” he said.

In an interview on news channel M1, Márki-Zay said “warmongers” had accused the opposition of wanting to send weapons and soldiers to Ukraine. Meanwhile, “it is Viktor Orbán sending weapons to Ukraine … he has also promised British Prime Minister Boris Johnson to provide military aid to Ukraine”.

Orbán, “who has been talking about war for 12 years,” cannot be trusted with peace, he said.

Hungary’s military as well as economic protection can come only from the EU and NATO, Márki-Zay told public broadcaster Kossuth Rádió, adding “that is why we have to be loyal members”.

Hungary needs a “regime change” on April 3, “we need honest people, accountability and we need to join the European Public Prosecutor’s Office” so that Hungary can receive the EU funds “currently withheld from us”, the candidate of the united Democratic Coalition, Jobbik, Momentum, Socialist, LMP and Párbeszéd parties said.

Over the next three weeks, news channel M1 is broadcasting 5-minute live interviews with the leaders of national parties and party alliances running in the election on April 3.