Hungary Can Return to 'Good Side' of History, Says Márki-Zay 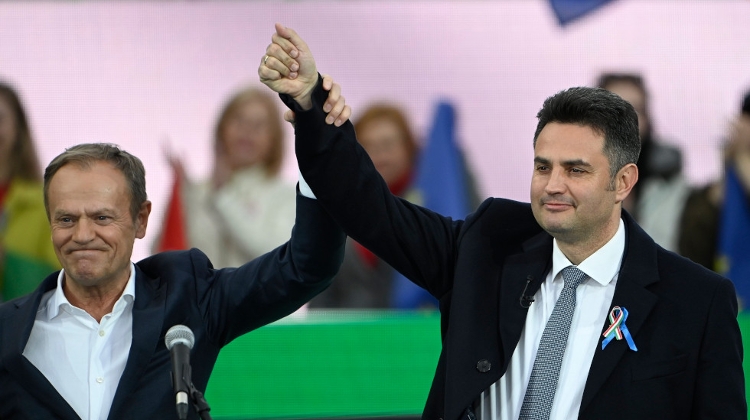 Péter Márki-Zay, the prime ministerial candidate of the united opposition, told a rally marking the March 15 national holiday on Tuesday that he trusted Hungary could return to the “good side” of history.

Márki-Zay told the commemorative event held on the Danube embankment in front of the Technical University that “we believe the power belongs to the people and that David will defeat Goliath.”

“We believe that Hungary will return to the good side of history on April 3,” he said referring to the upcoming general election.

“Hungary will finally be a winner … we will again become a united nation and we can proudly say again that we are Hungarian wherever we travel in the world”, he added.

He asked opposition supporters to convince three more people each, so that “the most corrupt government in Hungarian history” can be replaced with a two-thirds majority.

Referring to Prime Minister Viktor Orbán, he said “one man had monopolised Hungarians” and added that Orbán was responsible for more and more Hungarians around the world feeling ashamed of their nationality.

He said it was also unacceptable that “Hungarians should be losers in their own country 33 years after a post-communist transformation”.

“This time it was not because of external coercion but the selfishness and lust for power of our own leaders that we chose the declining East over the developing West, captivity over freedom and hate over love,” he said.

Márki-Zay said never before had there been a simpler choice: Europe must be chosen over the East. He said diversity made the opposition strong.

What the opposition has built over the past four years with the involvement of parties and civilians will offer a more peaceful and secure country also to those that do not support it, he added. He pledged for a caring, safer and more secure Hungary and confirmed the country’s Euroatlantic commitment.

Pastor Gábor Iványi told the rally that “Hungarian freedom cannot exist without world freedom” and said that in central Europe there was no transient space “between western freedom and eastern tyranny”.

Momentum leader Anna Donáth listed the 12 points of the opposition and called for stand-alone ministries for health and education.

Jobbik leader Péter Jakab called for unity for the sake of peace and freedom and LMP co-leader Erzsébet Schmuck promised the “liberation of farmers” and independent administration of justice.

DK MEP Klára Dobrev demanded the introduction of the euro without delay and independent education. Dunald Tusk, the leader of the European People’s Party, said that honourable and decent people could clearly see which side they should stand on.