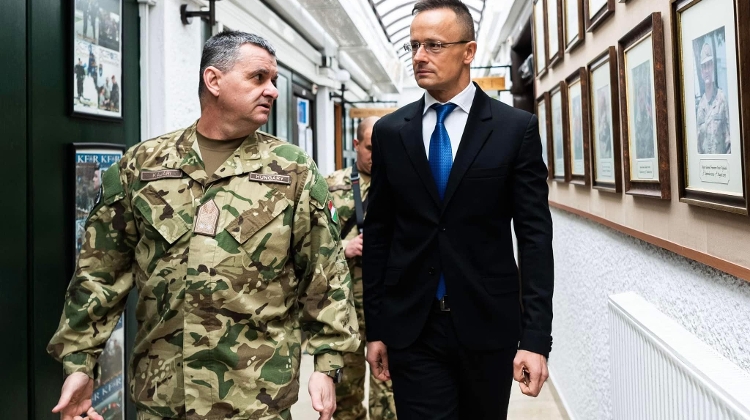 The Baltic states, Poland, the Czech Republic, Slovakia, Bulgaria and Slovenia proposed last weekend that the EU should recognise Ukraine as a candidate for membership and start accession talks as soon as possible.

“Hungarians do not want war,” Szijjártó said, adding that Hungary would provide Ukraine “with every assistance that promotes peace”.

Szijjártó said he had informed his Polish and Lithuanian counterparts about the government’s decision. Hungary will make every effort to protect itself and its people against the war, and prevent that the country should drift into the conflict, he said.

The country will however, “take solidarity with Ukraine, and stand by its sovereignty and territorial integrity”, he added. Hungary will accommodate people fleeing from the war, and urge the continuation of talks between Ukraine and Russia, Szijjártó said.

“In this situation this is of paramount importance for all citizens of Ukraine,” it said.