Márki-Zay Calls On Hungarian Christians Not To Vote For Fidesz 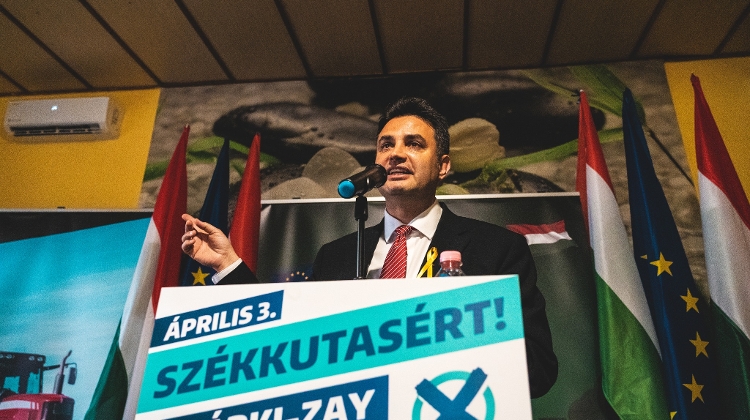 Being Christian and voting for ruling Fidesz and Prime Minister Viktor Orbán would be incompatible, Péter Márki-Zay, the united opposition’s prime ministerial candidate said at a campaign event, claiming that Orbán headed “the most corrupt government in Hungary’s thousand-year history”.

Speaking in Siófok, in western Hungary, Márki-Zay said Orbán had violated the most important imperative of Christians, not to kill, “because he is responsible for the death of 45,000 Coronavirus victims.”

During the epidemic, the government introduced free parking instead of free testing and acquired insufficient vaccines because “even at a time like that, it was most interested in how to steal”.

Márki-Zay said that if the united opposition won Sunday’s ballot, “the love of power will be replaced by the power of love, and every person can freely display their identity.”

He also vowed to make everyone accountable for wrongdoings, regardless of whether they were on the government’s side or the opposition’s.

He accused the power-holders of election fraud, and he thanked opposition activists and poll watchers for their work. He pledged to scrap the Fidesz government’s child protection law and replace it with legal regulations to protect children, adding that the touted regulations would also protect children “from Fidesz paedophiles”.

Jobbik leader Péter Jakab said it was shameful that the government had threatened teachers planning a strike and added that contrary to the cabinet’s claims, the real problems in Hungary were not sex-change operations for kindergarten pupils but the weak forint and expensive fuel and food.

DK MEP Klára Dobrev said Orbán was an autocratic dictator but the opposition had established democratic unity against him. The members of the united opposition, she insisted, had learned “how to sit at the same table, reach compromise and fight for common decisions”.

Socialist co-leader Ágnes Kunhalmi said it was a “Fidesz lie” that the opposition was on the side of war, as the opposition had also voted in support of a resolution submitted by Fidesz which stated that Hungary would not send soldiers and weapons to Ukraine.

Párbeszéd co-leader and Budapest Mayor Gergely Karácsony asked for voters in and around Siófok to vote for opposition candidate Anita Kőrösi “to save Lake Balaton”.

LMP co-leader Máté Kanász-Nagy said the opposition was ready to implement its social programme which involved helping everyone in trouble. Local governments’ rights and resources that enable them to help those in need must be restored, he added.

Momentum board member Anna Orosz said what was at stake at the election was whether Hungary could become a European country with high-quality education, health care, jobs and protected green areas.