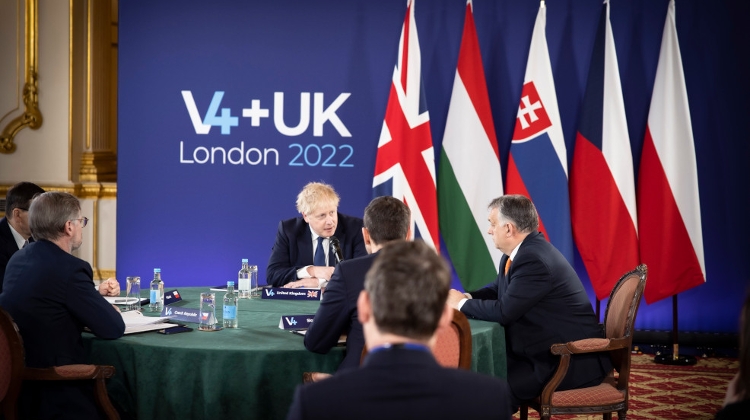 Prime Minister Viktor Orbán held bilateral talks with British counterpart Boris Johnson in London on Tuesday under the arrangements of a V4-Britain summit convened by the UK premier concerning the war in Ukraine.

A Downing Street spokesman said the two prime ministers had reviewed the deteriorating situation in Ukraine and condemned Russia’s “abhorrent actions” in the country, establishing that Russian President Vladimir Putin must stop the “barbaric campaign”.

Johnson presented to Orbán British plans to further increase sanctions against Russia and accelerate their introduction, the spokesman said.

Cooperation between the UK and Hungary is key for finding ways to reduce dependence on Russian crude oil and natural gas supplies, Johnson said.

Downing Street said Johnson and Orbán were in agreement that efforts must be made to thwart Russia’s destabilisation activities in Europe, also by enhancing Hungarian-British relations that improve resistance to cyberattacks.

Johnson held talks with Visegrad Group prime ministers in London and met Orbán for bilateral talks after the plenary session.

In his opening statement Johnson thanked the V4 premiers for their leadership and said the UK was prepared to provide all the help it could to the four countries.