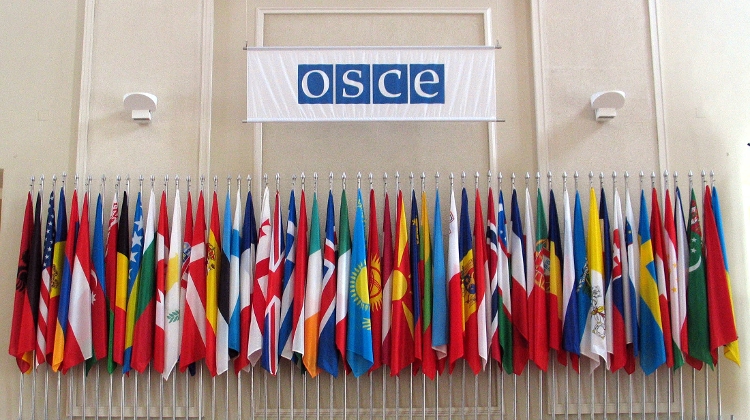 The Organisation for Security and Cooperation in Europe (OSCE) has “levelled unfounded accusations against the Hungarian election system” in its interim report on the April 3 election, “based on arguments used by the Hungarian left-wing parties,” the Századvég Foundation said on Tuesday.

In an open letter sent to OSCE mission head Jillian Stirk, Századvég said the mission’s reports amounted to “interference in a democratic election”.

The OSCE Office for Democratic Institutions and Human Rights published an interim report of the findings of its election observation mission last week.

The report said that up to March 15, the mission had found deteriorating circumstances of the democratic elections and a danger of abuse of government funds.

OSCE observers found it worrisome that the general election was held simultaneously with the referendum on Hungary’s amended child protection law, as well as the state of media freedom and judiciary independence, they said.

Based on this report, “the OSCE’s final report after the elections is expected to be biased, politically motivated and will contain a pre-written decision,” Századvég said.

Századvég pointed to the fact that the option to hold referendums and elections at the same date was submitted to parliament by Párbeszéd’s Tímea Szabó, an opposition politician, and voted for by all parliamentary parties.

The constitution ensures freedom of the press, and online media is ruled by a “hegemony” of opposition outlets, Századvég said.

Since a “turning point” in 2010, the Hungarian media landscape has become freer and more diverse than in western states, they said.

Századvég said the judiciary was also impartial and independent. OSCE mission members, when assessing the need for observing the election, talked to 10 politicians, only 3 of which were members of the ruling party, Századvég said.

They also heard ten opposition public figures and nine NGOs “which consistently represent an anti-government stance and the principles of open society”, the letter said.

Századvég called on Stirk to “diversify” the discourse on the rule of law in Hungary and to hear the argument of both sides to create a “realistic” view of the state of affairs in Hungary.