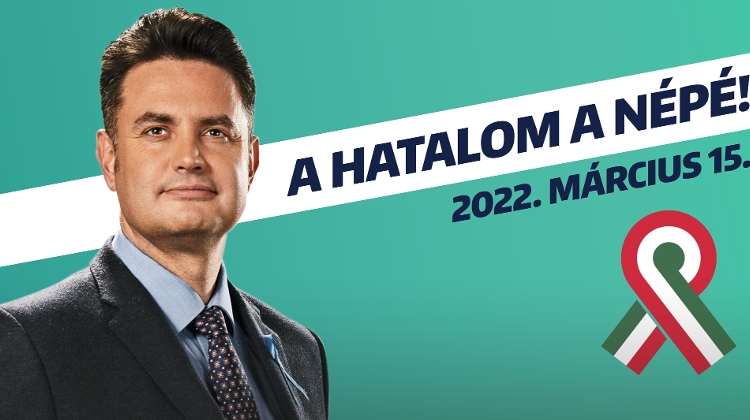 Péter Márki-Zay, who campaigned as the prime ministerial candidate of the united opposition, has announced he will return his mandate won on the joint list of the opposition in Sunday’s general election and not sit in Hungary’s next parliament.

Márki-Zay said on Facebook that he had decided to stay on as mayor of Hódmezővásárhely, in southern Hungary, “because I have an obligation to protect the children of Hódmezővásárhely from Fidesz enlisting them to be cannon-fodder in Ukraine, my own four sons… among them.”

Márki-Zay branded the election as illegitimate, “not necessarily because of election fraud, the home-delivered mail-in votes, legalised voter tourism or the rural voters who were bought off or threatened with losing their jobs.”

The “one-sided, mendacious propaganda machine” has mislead voters, he said. “They were vulnerable to Fidesz’s lies and honestly believed that Orbán, enamoured as he is of conscription, eager to send soldiers even to hospitals, was the one and only guarantor of peace — and that the opposition would send young people to Ukraine to die…” he said.

“In this situation, I want to avoid contributing to the illusion that Hungary is a parliamentary democracy where the opposition has even the remotest chance of achieving anything in parliament.”

His most important task, Márki-Zay said, was to “strengthen trust in my beloved city”, protect the leadership from corruption and political influence and to fulfil the remainder of his promises.

“I will not abandon the 106 heroes who ran in the parliamentary election, the candidates who ran in the primary, the 27,000 vote counters, hundreds of thousands of young voters, the million-strong Roma community and two million opposition sympathisers,” he added.

“It has become clear that Fidesz cannot be unseated in elections,” Márki-Zay said. “I continue to feel responsible to keep this community together and to fight against corruption and authoritarianism in patriotic resistance.”